The systematic attack on singers and actresses in Turkey: The cancellation of Melek Mosso's concert by the municipality on the grounds of incitement to immorality 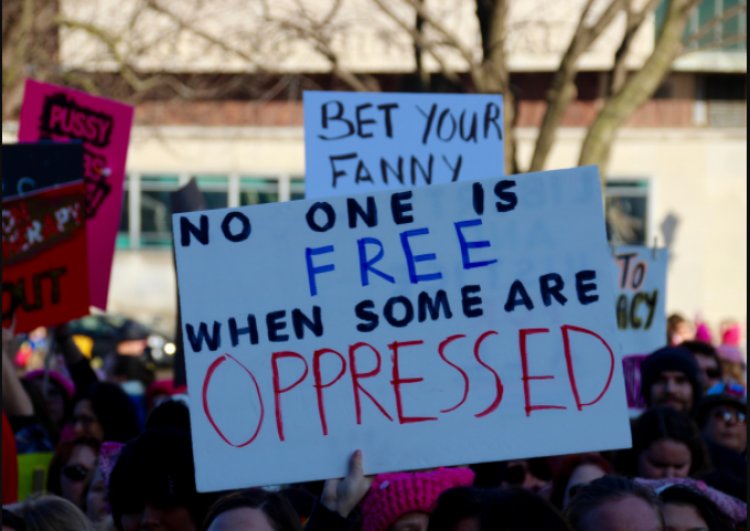 Photo Source: ‘No one is free when some are oppressed’, Maria Taylor/Flickr, 2017.

In Turkey, oppressive and threatening statements or actions against women are not only prevalent in society, but this alarming situation is also systematically brought to the agenda by political figures. The situation has started to turn into a hunt for “women with a voice” over the past years, with accusations of criticising the government or its actions.

But what happened this time? Talented musician Melek Mosso, who has a large fan base in Turkey, was scheduled to perform a concert for the 'Rose Festival' in Isparta on June 3, 2022. However, ruling party (AKP) mayor Şükrü Başdeğirmen cancelled it on the evening of May 25 on the grounds that she incited the people to immorality. The reason for this decision is believed to be based on the reactions of some political parties and non-governmental organizations to the concert, announced earlier by the Municipality of Isparta. One of those who made these complaints is Mehmet Kaya, provincial president of the "Re-Welfare Party", Yeniden Refah Partisi, who insulted Melek Mosso and made the following statement: “It is with surprise and sadness that Melek MOSSO, known for attacking our culture, our beliefs and our morality, was invited under the name of a musician to the event which will be organized by the municipality of AKP in our city which is known for its high Islamic sensitivity in our country” (Cumhuriyet, 2022).

This hatred and the aggressive attack stems from the fact that Melek Mosso, contrary to what she has been labelled by some political figures, known for her strong stance on democracy and women's rights, once said: "Open if you want to open, talk if you want to talk. You don't need anyone to tell you how to behave, what to do, how to dress, girls. You have your own wings. You don't need to live under anyone's wing” (Cumhuriyet, 2022). Subsequently, it didn’t take long for this scandalous news to become “another hot topic” in Turkey, where many people from singers to comedians, politicians to journalists, endorsed Melek Mosso for the unacceptable treatment she had to face by political Islamist.

Unfortunately, it is not the first time that a strong woman musician or actress has faced such pressure and backlash from politicians. The concerts of famous and popular singers, Hande Yener and Ece Seçkin, were also prevented from performing due to the request of some political parties at the time (Haberler.com, 2022). Furthermore, the respected talented actress and activist Ezgi Mola was sued for insulting Musa Orhan and fined 6.960 TL due to tweets she wrote after the suicide of Ipek Er in Batman last year where she left a letter saying that Musa Orhan had sexually assaulted her. Despite the concrete evidence against the rapist Musa Orhan, the same justice system had decided that he should be tried without arrest pending trial in 2021.

European court of human rights to deliver its judgement on Turkey’s detainment of...

Government of Guinea Bissau to enter into Discussions with...