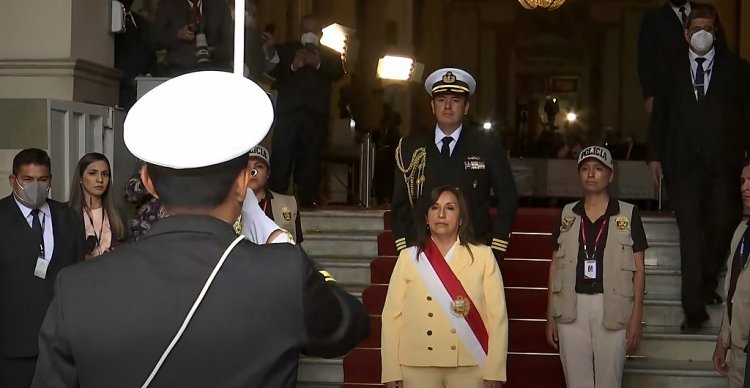 On the 16th of December, the Inter-American Commission of Human Rights announced that the Peruvian state extended an invitation to carry out an on-site visit in its territory to “verify its international commitments”. The South American country has been submerged in massive protests since the failed self-coup d’etat attempt and subsequent impeachment of the now ex-president Pedro Castillo.

Ex-president Pedro Castillo, a rural teacher from the Peruvian mountain range turned politician, and a representative of a rather old fashioned left, ran for president against the far right Keiko Fujimori, daughter of the peruvian dictator Alberto Fujimori. Due to his origins, he was seen as an outsider by the political elite of the capital city of Lima. The campaign that led him to victory in 2021 was centred around the promise to represent the countryside and marginalised Peruvians who felt left out of traditional politics.

Nonetheless, his short administration was plagued by corruption allegations and several impeachment attempts against him by the Parliament, which is controlled by fujimoristas and other right-wing parties. His supporters considered that these actions showed the putschist intentions of the opposition through the use of lawfare against Castillo. Eventually, he left the presidential office on the last 7th of December in a surprising turn of events. That day, before the voting of another impeachment attempt against him, Castillo issued a declaration proclaiming the dissolution of the Parliament, the creation of an emergency transitional government led by himself, the intervention of the judiciary, the establishment of a curfew, and the future drafting of a new constitution. This attempted coup d’etat however was not supported neither by the armed forces nor any other institution of the state, not even his ministers. Consequently, a few hours later the Parliament impeached him, and his vice president, Dina Boluarte, was appointed president (first female one in Peruvian history).

Nevertheless, this move was not welcomed by everyone. As these events were carried out, Castillo’s supporters began the protests in Lima, a movement that quickly spread to different parts of the country, and that still continues to the time of writing . Even though many of the protesters do not support the failed self-coup attempt, they do not trust the Parliament and consider Boluarte’s ascent to power illegitimate. They want new elections and a new constitution. President Boluarte announced her willingness to anticipate the elections, but there is still opposition to this idea in the parliament. A state of emergency was declared, but the protests continued, including road blockings, the taking of the airport, and the confrontation with police and military personnel. By the 20th of December, the Peruvian Ombudsman announced that it registered 646 people injured in the protest and the death of at least 26 people.

In this context, Boluarte’s administration decided to officially invite the Inter-American Commission to an on-site visit. According to article 39 of its Rules of Procedure, the Commission can carry out on-site investigations with the prior consent of the State in whose  territory a human rights violation has allegedly been committed. The Commission has exercised this faculty on several occasions, the most recent being the on-site visits to Chile and Venezuela.

In this case, the Commission will carry out a technical visit between the 20th and 22th of December in preparation for the working visit of part of its members that will take place in January 2023. In its announcement of the on-site visit, the Commission strongly condemned every act of violence and urged the Peruvian state to adopt all the necessary measures to investigate and to establish the responsibility for the serious violations to the right to life and personal integrity. The Commission also reminded that regardless of the type of protest, according to the Inter-American human rights instruments the right to assembly has to be exercised peacefully and without weapons. Police forces have the obligation to allow protests and to individualise those who use violence always in accordance with the principles of legality, proportionality, and absolute necessity. The Commission urged the Peruvian state to deepen its efforts to build channels of dialogue in order to overcome the crisis. The Commission also exhorts all social sectors, in particular those who participate in the protest, to consider the use of democratic mechanisms as a complementary means to the protests to achieve a solution to the crisis.

Rules of Procedure of the Inter-American Commission on Human Rights. Retrieved December 20, 2022, from https://www.oas.org/en/iachr/jsForm/?File=/en/iachr/mandate/basics/rulesiachr.asp

No More Double Standard: Agreement Reached to Fight Against Gender Pay Gap in the...