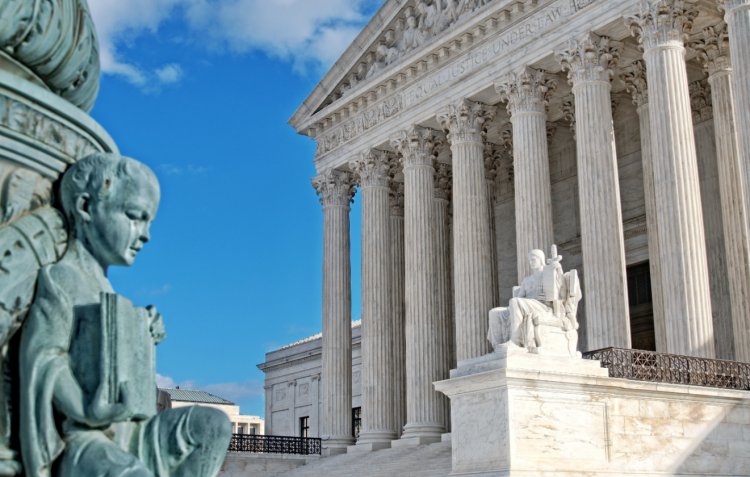 picture : The Supreme Court in Washington, D.C, 2020, Goodhike via Flickr

On April 7, 2022, Ketanji Brown Jackson was confirmed by the Senate as the 116th justice of the US Supreme Court, making her the first-ever Black woman to serve on the High Court in its more than 200-year history (Breuninger, 2022).

While the justices of the highest court in the United States are nominated by the President for a vacancy, a simple majority confirmation vote by the Senate is required to secure a seat. Thus on Thursday, Ketanji Brown Jackson, nominated by current U.S. President Joe Biden, won the final vote 53-47, with three Republicans joining Democrats to make the 51-year-old federal judge a lifetime appointment to the U.S. Supreme Court (Breuninger, 2022). This means Jackson will replace 83-year-old Justice Stephen Breyer (liberal) after his retirement, who has served since his confirmation in 1994.

But the historic moment does not end there. Not only will she be the third Black Justice, after Thurgood Marshall and Clarence Thomas, and the first Black woman to be confirmed to the bench, but with her presence, for the first time in history, the top US court will be composed of 4 women -Sonia Sotomayor, Elena Kagan, and Justice Amy Coney Barrett- out of 9 justices (Jalonick & Sherman, 2022). Therefore, by joining the U.S. Supreme Court, Jackson is ensuring that the liberal wing of the court retains its clout so as not to lose further to the growing conservative influence, especially with the former US President Donald Trump’s three nominees: Amy Coney Barrett, Brett Kavanaugh and Neil Gorsuch (Breuninger, 2022).

Also, Ketanji Brown Jackson's history with firsts in the Highest Court includes her being the first Supreme Court justice to have served as a public defender (Breuninger, 2022). Yet her previous experiences were not used as an advantage, but rather as a disadvantage by the Republicans, who tried to deflect the situation because of some of her former clients, such as the detainees at the Guantanamo Bay military prison in Cuba (Breuninger, 2022).

Meeting of the President of the International Criminal Court with the Secretary-General...