Baloch protest against human rights violations in Balochistan outside the UN 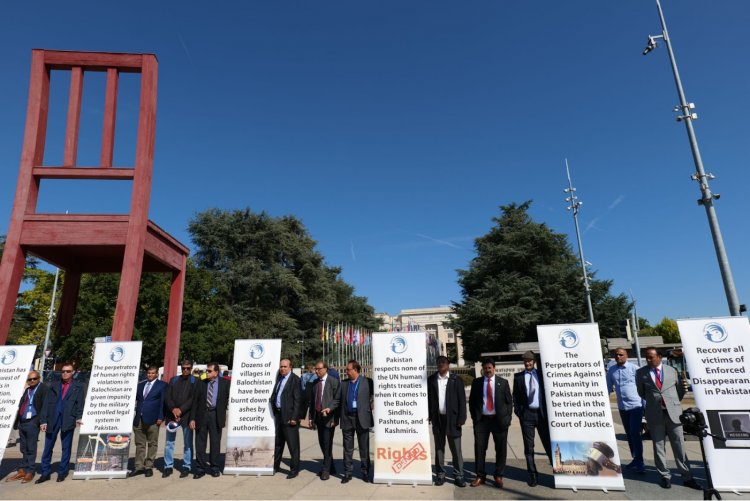 On September 21st, in front of the Broken Chair at the UN Headquarter in Geneva, the Baloch Human Rights Council organised a protest to give voice to the thousands of Baloch victims of human rights violations allegedly committed by the Pakistan government. While the Baloch population is claiming its independence, demanding respect for their culture and traditions, the Pakistani Army is violently repressing any dissident voice. As of September 2022, six thousand Baloch people have been forcibly disappeared by the Military. Baloch people are also being highly discriminated against in terms of access to education, health and basic services. “We want to exist, we want to be alive, we want our children to be safe”, Sardar Shaukat Ali Kashmiri, exiled Chairman of the United Kashmir People's National Party (UKPNP), stated during the protest. The people of Balochistan are claiming freedom and justice for them and future generations, calling on the international community to make a stand in defending their right to exist.

Four More European Nations File to Intervene on Behalf of Ukraine in its Genocide...

Scotland Becomes the First Country in the World to Recognize...