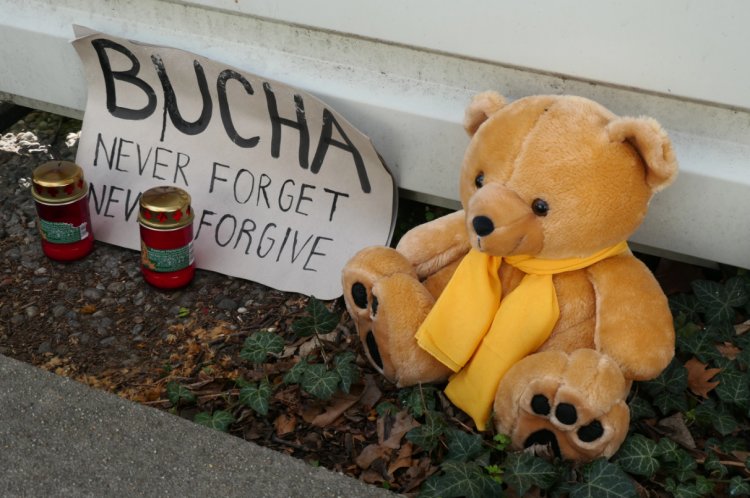 As Russian troops withdrew from Kyiv and the surrounding areas, they left a blood-curdling, barbaric scene for Ukraine, and the world was shaken once again.

In a small rural city called Bucha, 70 km west of Kyiv, the illegal invasion of Russian troops inflicted brutal and wanton cruelties on civilians, especially women and girls, that most of us could not bear even while reading (Limaye, 2022). In Bucha, many women and girls, including little children, were “systematically raped” by Russian troops. According to information received from the Ukranian authorities, 9 of them are known to be pregnant (Blackall, 2022). A 14-year-old child, who is now pregnant, was raped by five Russian soldiers (Saharasreporter, 2022). It was also revealed that “an 11-year-old boy in the same town was raped in front of his mum, who was tied to a chair and forced to watch” (Saharasreporter, 2022). The Russian troops thus caused severe psychological trauma that many, perhaps even all, could not recover from for the rest of their lives.

Moreover, BBC News has recently uncovered the chilling stories of Ukrainian women being raped by invading soldiers through first-hand testimony. Anna*,50, told BBC News that a Chechen soldier threatened her, saying "take your clothes off or I'II shoot you" and then started raping her (Blackall, 2022). The barbaric soldier shot her husband in the abdomen, but the impossibility of taking him to the hospital caused his death two days later (Blackall, 2022).

Thereafter, Lyudmila Denisova, commissioner for human rights in the Ukrainian Parliament, said that "Russian soldiers told them they would rape them to the point where they wouldn't want sexual contact with any man, to prevent them from having Ukranian children" (Blackall, 2022). Receiving calls through helplines, as well as through channels on the Telegram, she also stated that "a 25-year-old woman called to tell us that her 16-year-old sister was raped on the street in front of her" (Kaonga, 2022).

Also, Kateryna Cherepakha, head of the human rights organization La Strada-Ukraine, stressed the urgency of the situation at the UN Security Council, noting that "violence and rape are used now as a weapon of war by Russian invaders in Ukraine" (Kaonga, 2022).

​​However, Bucha is not the only city where gruesome atrocities have occurred since February 24, 2022. The extent of sexual violence against Ukrainian women and girls is frightening. While war is ugly by its very nature, the actions of the Russian troops have risen to the level of being considered a "war crime", as rape is strictly prohibited under Article 27 of the 1949 Geneva Convention relative to the Protection of Civilian Persons in Time of War (Hagan, 2022). As a result, international humanitarian law has been violated by Russian troops.

* Anna is not her real name. It was given by the BBC to protect her identity.

“Work-life balance as a leverage for women’s empowerment and promoting gender equality”...