Political Persecution in Nicaragua: Inter-American Commission of Human Rights grants precautionary measures in favour of opposition politician and his family. 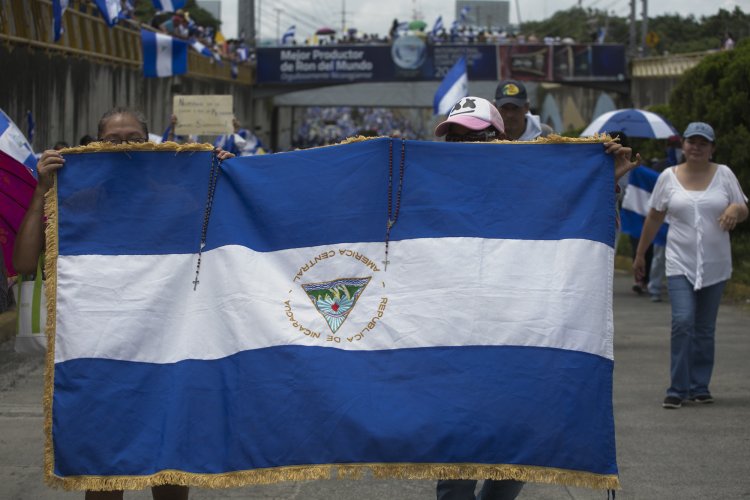 In its resolution 71/2022, the Inter-American Commission on Human Rights requested the state of Nicaragua to adopt the necessary precautionary measures to protect the rights to life and personal integrity of Mr. Moisés Alberto Silva González and his family.

Moisés Silva is a Nicaraguan politician that has been active since 2016 when he joined the opposition coalition Frente Amplio por la Democracia (FAD). In 2018, Mr. Silva joined the protests of Jinotepe in June. Because of this, he was considered  both by the pro-goevernment media and the authorities as a terrorist. In July the authorities attempted to detain the people who participated in the aforementioned protests. Mr.Silva was able to escape detention and he flee to Costa Rica. Two judicial processes were opened against him, for obstruction of the public way, kidnapping, and terrorism. Nonetheless, both cases were closed after the Amnesty Act of 2019. In 2020, Mr. Silva decided to return to Nicaragua, where he was subjected to harassment and state surveillance.

The situation worsened in 2021 when he joined another political coalition for the elections of that year. The state deployed several surveillance and intimidation tactics against him. Police officers tried to identified the attendees to a political rally where Mr. Silva participated. The state also issued warrants against him, and attempted to detain Mr. Silva again, as well as his brother. His mother house was subjected to harassment and state surveillance by state agents, a situation that remained constant until 2022. This year, state agents entered the house of Mr. Silva’s brother, allegedly without a warrant. These agents interrogated and injured Mr. Silva´s brother. Mr. Silva also received numerous phone calls with threats. In order to maintain himself and his family safe, they have been constantly moving from place to place to avoid harm.

The Commission requested information about these facts to the state of Nicaragua on the 17th of November 2022. As of the date of the resolution 71/2022, no response was received.

Against this background, the Commission granted precautionary measures, requesting Nicaragua to adopt the necessary measures to protect the rights to life and personal integrity of Mr. Moisés Silva and his family. To that effect, the state must ensure that its agents will respect the life and personal integrity of the beneficiary and his family, as well as protect their rights from third parties’ action. Article 25 of the Commissions’ Rules of Procedure states that the Commission can request precautionary measures that concern serious and urgent situations that present a risk of irreparable harm.

Pakistan in need of more funds to prevent hunger from spreading over the flood-affected...