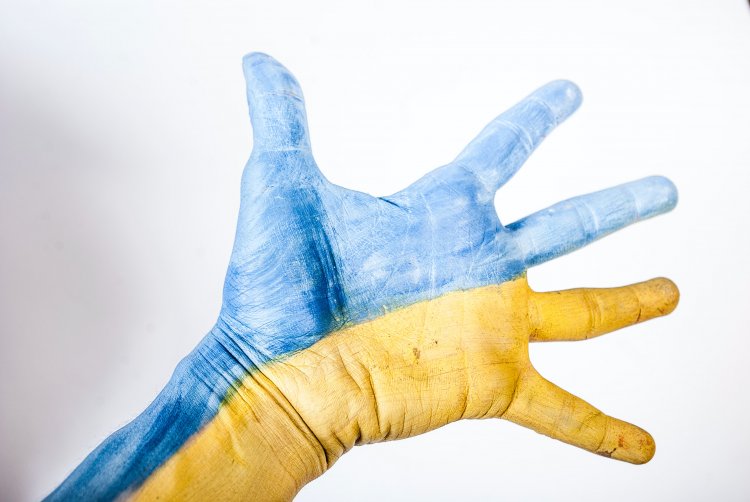 Picture: Hand with Ukrainian flag reaching out. By: Elena Mozhvilo, via Unsplash, 2020.

Japan is known for its strict refugee and asylum laws. In 2019, Japan’s refugee acceptance rate was at an astonishing 0.4 percent; Japan only accepted 44 refugees. In contrast, Germany has an acceptance rate of 25.9 percent in the same year (Nippon, 2021). With the Russian invasion of Ukraine, millions of people are fleeing the region. Many countries, including European countries, offered to waive their visa and asylum requirements for fleeing Ukrainians (Sajjad, 2022). Japan, in April 2022 similarly, introduced its plans to resubmit a bill aimed at creating a “quasi refugee” status (Jiji, 2022).

This “quasi refugee” status in Japan is based on the UN definition of refugees. According to the UN Convention Relating to the Status of Refugees a refugee is a person who has “well founded fear of being persecuted for reasons of race, religion, nationality, membership of a particular social group or political opinion” (Convention Relating to the Status of Refugees, Art. 1(A2), 1951). Thus, Japan does not recognize Ukrainians fleeing the war refugees, but rather “evacuees” (Jiji, 2022).

The new bill aims at protecting evacuees by giving them “quasi refugee” status. In practice, this means that people fleeing the Ukrainian war would receive the same protection that refugees receive. They would be allowed to permanently reside in Japan, as they would be subject to “complementary protection”. While the bill sounds promising, even though multiple concerns have been raised; most address the maximum capabilities of the Japanese immigration authority to respectfully and humanely handle the incoming “quasi refugees” (Jiji, 2022).

by the General Assembly. Retrieved from https://www.unhcr.org/3b66c2aa10.

The Russian Federation Suspended from the Human Rights Council

The Senate leads to two historic moments in one night by confirming Ketanji Brown...

92 Migrants Return to Venezuela From Peru