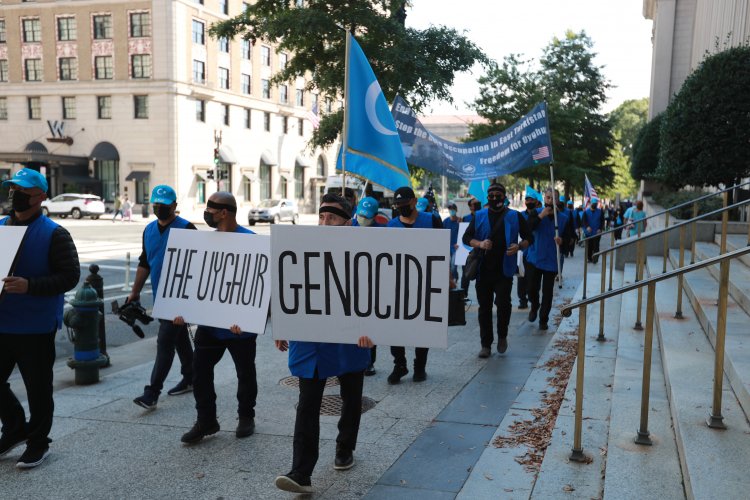 Photo by Kuzzat Altay via Unsplash

During Saturday’s press conference, Ms. Bachelet, the UN High Commissioner for Human Rights, outlined the new opportunities for dialogue between her office and the Chinese authorities that were discussed during the visit, which include an annual senior strategic meeting, and a working group that will meet in Beijing and Geneva, as well as online. The working group, explained Ms. Bachelet will discuss specific thematic areas, including development, poverty alleviation and human rights, minority rights, business and human rights, counterterrorism and human rights, digital space and human rights, judicial and legal protection, and human rights. The United Nations’ top human rights official spent six days in China, offering only limited criticism of China’s crackdown on predominantly Muslim minorities. Michelle Bachelet said that her visit “was not an investigation,” and that she had raised questions about China’s application of “counterterrorism and de-radicalization measures” when she spoke by video with Xi Jinping, China’s leader. In Xinjiang, China has held one million or more people in indoctrination camps. Rights groups and overseas Uyghurs weren’t pleased with Ms. Bachelet’s visit. Sophie Richardson, the China director at Human Rights Watch, called for “a credible investigation in the face of mountains of evidence of atrocity crimes, not another toothless dialogue.”                     The UN rights chief underscored the important role that China has to play, at a regional and multilateral level, and noted that everyone she met on her visit, from Government officials, civil society, academics, diplomats and others, demonstrated a sincere willingness to make progress on the promotion and protection of human rights for all. But as mentioned rights groups and overseas Uyghurs had called for vociferous condemnation of China’s policies toward minorities in the country’s far West. They were highly disappointed by the comments and remarks addressed.