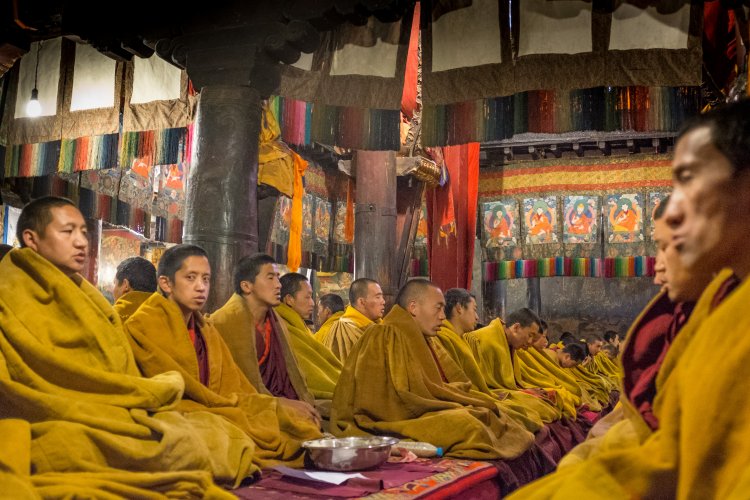 Pema Dhondup has been released by Chinese authorities after being falsely accused of “murder” after a self-immolation protest in 2012 in Sangchu. He was released on the 31st of August 2022, after serving 10 years in prison.

Upon his release, Pema Dhondup was received by his family, however they were prohibited from taking photos or speaking on the phone about his release to any outside contacts.

Padma Tamdru, Kelsang Gyamuktso, Padma Co, and Lhamo Tamdru were convicted of “intentional homicide” for blocking the police efforts to allegedly “rescue” the self-immolator. They were sentenced to 12, 11, 8 and 7 years in prison.

China’s treatment of Pema Dhondup is seen to go against its international law obligations.

Article 9 of the Universal Declaration of Human Rights (UDHR) writes that no one shall be subjected to arbitrary arrest or detention. In this regard, all arrests and detention must be in accordance with its domestic and international laws.

Article 12 of the UDHR stipulates that all individuals have the right to privacy and family life. This right also ensures that no State entity or person interferes in this right. Individuals can thus explore and engage with their family life and privacy in the way that they please. States cannot arbitrarily interfere with the ways in which individuals choose to structure their family life nor their private life.

Article 23(3) of the UDHR states that everyone has the right to human dignity. Human dignity recognized the equal, inherent and inalienable value of every person, touching upon aspects of human experiences, privacy, education, citizenship and more. In this regard, the dignity of every person is to be defended as safeguarded, ensuring a quality of being worthy of respect. Article 23(3) thus ensures that no one’s freedom, rights, safety and honour will be taken away from them.

Article 15(1a)(2) of the International Covenant on Economic, Social and Cultural Rights (ICESCR) writest that all individuals have the right to take part in the cultural life of their community and that the State must take the necessary steps in order to allow the full realization of that right. In this regard, the State has to take on an active role to ensure that all individuals have the freedom and means to participate in the cultural life of their community in the way they please.

China is seen to violate articles 9, 12, 23(3), 29 of the UDHR as it arbitrarily detained Pema Dhondup. He was detained on no legal grounds, subjecting him thus to arbitrary interference in his right to freedom and privacy. The right to family life has also been violated as China disallowed family members to share his well being with other contacts outside the family structure and were prohibited from taking photos upon his return. The dignity of Pema Dhondup was severely violated, not only by his arbitrary arrest, but also by the duration of his arbitrary detention and his prohibition to participate in the cultural and familial life during that detention period. Article 15(1a)(2) of the ICESCR was also violated as the State disallowed his involvement in the cultural life through his incarceration, violating thus its obligation to ensure that all people under its jurisdiction have their right to participate in the cultural life of the community safeguarded.

While Macron is in a quandary after losing an absolute...

Vietnam Wins 3-Year Term in the Human Rights Council Against...

Artificial Intelligence: Attempts by the Council of Europe...