British War Crimes Police : An Arrest for the murder of Mylvaganam Nimalarajan 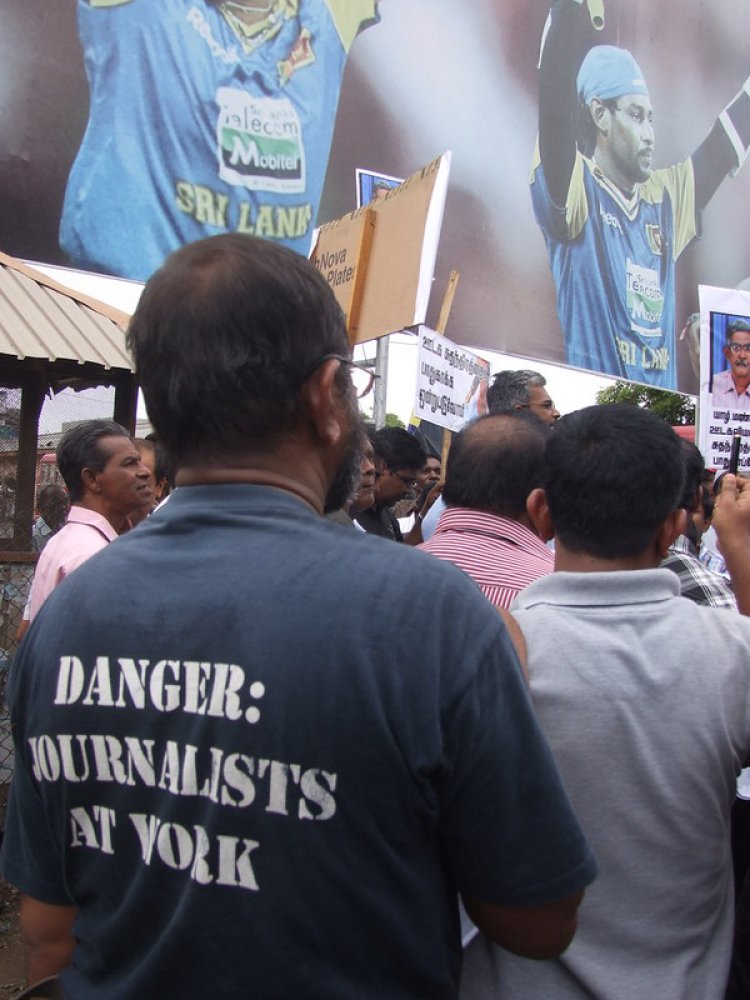 Last week, the British war crimes police arrested a Sri Lankan in the UK for the first time in connection with the murder of Tamil journalist Mylvaganam Nimalarajan in Jaffna, on 19 October 2000 at the age of 39 during Sri Lankan civil war. As JusticeInfo points out, it should be noted that “ British police can investigate anyone who may fall under British jurisdiction and is suspected of committing war crimes, crimes against humanity, genocide or torture anywhere in the world under a no safe haven policy”.

The Committee to Protect Journalists, quoted in the Tamil Guardian, stated shortly after his death : “The assailants shot the journalist through the window of his study, where he was working on an article, and threw a grenade into the home before fleeing the premises. The attack occurred during curfew hours in a high-security zone in central Jaffna town.” And, “Local journalists suspect that Nimalarajan's reporting on vote-rigging and intimidation in Jaffna during the recent parliamentary elections may have led to his murder”.

The Tamil Guardian added that: In a breaking development, the British police said “the man was arrested at an address in Northamptonshire on Tuesday, 22 February as part of a proactive operation. He was arrested on suspicion of offences under Section 51 of the International Criminal Court Act 2001, the Metropolitan Police added, noting that the suspect has since been released but remains under investigation. In addition,  there will still be people who may have information, particularly in relation to the murder of Mr Nimalrajan, and we would urge those people to come forward and help achieve justice for Mr Nimalrajan’s family.”

This arrest is very important and alarming because although two decades have passed, no one has been directly arrested in connection with this murder so this may give hope to the relatives of Mylvaganam Nimalarajan who are waiting for justice.

PACE Demands Russia to Cease its Aggression on Ukraine

Milankovic v. Croatia. No Violation in Conviction for War...