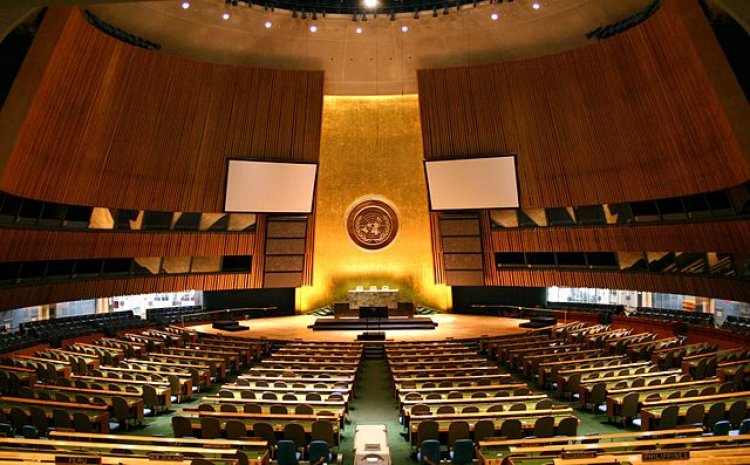 Photo by Photo by Patrick Gruben on Wikimedia Commons

On April 26th, 2022, the United Nation (UN) General Assembly (GA) passed a resolution aimed at holding the five permanent Security Council members -China, Russia, United States of America, the United Kingdom, and France - accountable for their use of the veto power. The text adopted, titled “Standing mandate for a General Assembly debate when a veto is cast in the Security Council”, was tabled by Lichtenstein and has been in the making for two years but received a push from Russia’s use of the veto to block a resolution on the Ukraine situation. The tabled text was co-sponsored by 83 Member States.

The resolution does not invalidate the veto but just allows for the GA to convene a formal meeting of the 193-member organ within 10 working days of the casting of a veto by one or more permanent members of the Council and to hold a debate on the situation as to which the veto was cast. It also allows for the SC to submit a special report on the use of the veto in question, to the Assembly at least 72 hours before the relevant discussion is to take place, in order to give the member that used the veto a chance to explain why.

While the resolution was adopted by consensus and among standing applause in the GA, some states have expressed concern that the resolution. Of course, chief among the objectors to the Resolution is Russia. The SC’s structure reflects the international power structure of the post-World War 2 global order and needs to be reformed to take into account current realities. Reforming the veto power is an important step, but it might not be going far enough to truly ensure justice. However, as Amnesty International's secretary-general, Agnes Callamard, called the resolution "a first step towards increasing the cost of using the veto - and it could not have come soon enough" (NPR, 2022).