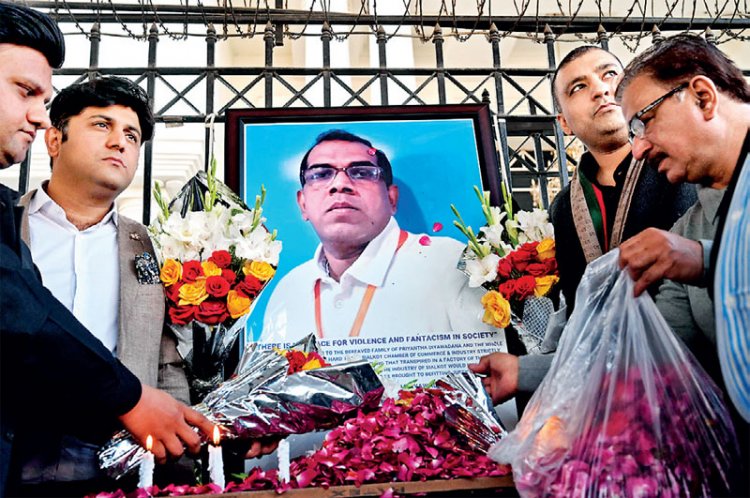 A Sri Lankan factory boss, by the name of Priyantha Diyawadana, was beaten to death and burnt by hundreds of people on Friday, allegedly accused of blasphemy (The Indian Express, 2021). The incident took place in the city of Sialkot in Punjab, in east Pakistan (Ibid.). Blasphemy is considered a gross violation in Pakistan, which is a predominantly Muslim state. The factory worker was also accused of being unreasonably strict to his employees.

About 120 people have been arrested after this incident and local authorities have promised to punish people according to the law (France24, 2021).

The incident took place during daytime and attracted attention from people passing by. Several video clips of the burning crop have since been published on social media whilst chants against blasphemy can be heard in the background (France24, 2021).

The Sri Lankan prime minister, Gotabaya Rajapaksa, Tweeted on December 4th: “Deeply concerned by the incident in Sialkot #Pakistan. #SriLanka trusts that PM @ImranKhanPTI and the Gvt. of Pakistan will ensure justice is served and ensure the safety of the remaining Sri Lankan workers in Pakistan.” (The Indian Express, 2021).