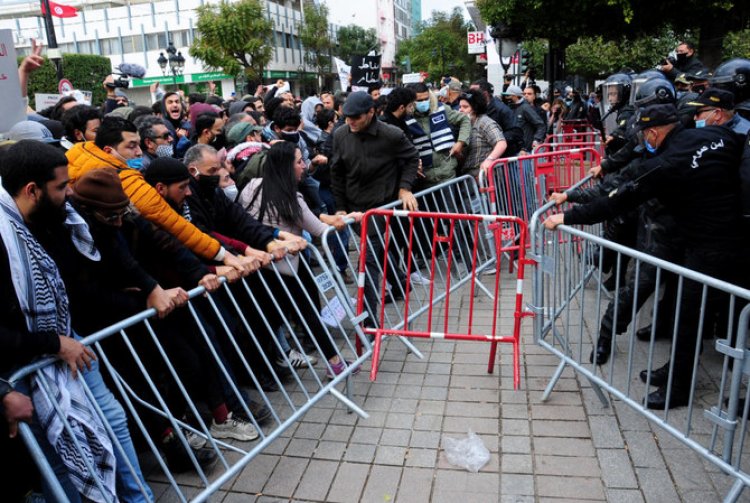 The Police Forces in Tunisia have, in recent weeks, have repeatedly targeted young protesters, including LGBTI activists at protests. The forces allegedly used arbitrary arrests, physical assault, threats to rape and kill and refusing access to legal counsel.

The country has seen, since January 2021, a rise in protests fuelled by a mix of declining economic conditions and the use of excessive force by the police during the pandemic. Allegedly, LGBTI activists and protesters are being singled out, round up and abused. They have been abused by harassing social media posts, having their personal information, such as home addresses and phone numbers revealed.

Tunisia, a country where homosexuality is criminalized, has recently increased their police presence and cracked down on LGBTI organizations. The program coordinator of Avocats Sans Frontières (Lawyers without borders) has documented over 1,500 thousand arrests at protests, a third of which were children. The detention centres in and around Tunis have been documented as unsanitary and overcrowded, breaching the government’s own hygiene and social distancing regulations put in place to combat the spread of COVID-19.

The United Nations Human Rights Committee commented on the situation in its comment on article 19 of the International Covenant on Civil and Political Rights, a convention which Tunisia has ratified. The comment recalls the importance and necessity of the freedom of opinion and expression, as well as the right to access to information.

Tunisia’s penal code, specifically articles 230 and 125, are the main reason for which LGBTI people in Tunisia are left particularly vulnerable, resulting in discrimination, ostracization, dismissal of jobs and expulsing from housing. Whilst the Tunisian Government claims and reiterates its commitment to the protection of individuals freedom, the reported violations occurring clearly show that this theory is not reflected in reality.