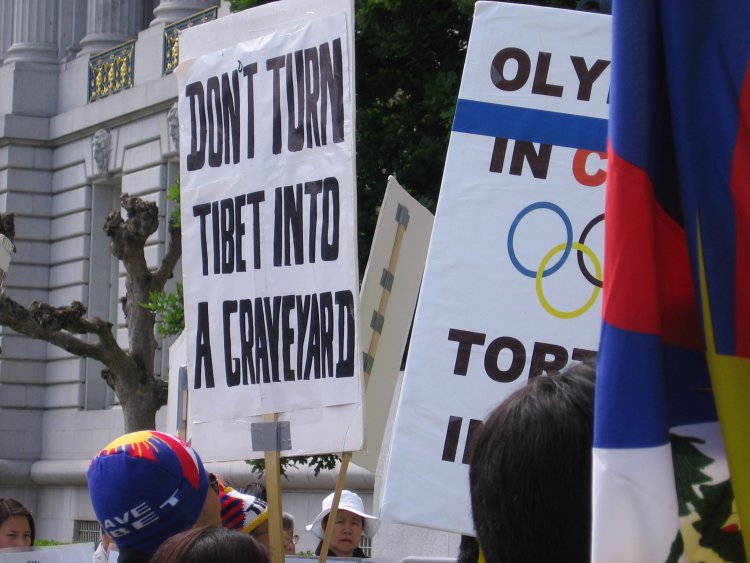 Norzin Wangmo’s injuries suffered due to torture by Chinese authorities have been declared beyond treatment by doctors at the Xining People’s Hospital. Norzin Wangmo is a Tibetan political prisoner and mother of three children who spent weeks in hospital after her release from detention when she was denied immediate lifesaving medical treatment.

She was arrested in May 2020 after being accused of sharing information with Tibetans in exile about the self-immolation of Tenzin Sherab, protesting against the Chinese oppression of Tibetan culture. The trial took place in secret at the Chumarleb County People’s Court where she was found guilty, sentencing her to three years in prison.

Article 1 of the Convention against Torture and Other Cruel, Inhuman or Degrading Treatment or Punishment (CAT) is blatantly violated by Chinese authorities as they subjected Norzin Wangmo to Torture, violating thus a jus cogens norm under international human rights law. In addition, the denial of medical care amounts, in and of itself, to a violation of the CAT as it inflicts suffering and degrading treatment incidental to the practices of the Chinese authorities.

Article 12 of the International Covenant on Economic, Social and Cultural Rights (ICESCR) is also violated by the Chinese authorities. The latter stipulates that States parties to the Covenant must ensure the enjoyment of the right of all peoples to the enjoyment of the highest attainable standard of physical and mental health. Sub-clause c) to the article writes that the State must create the conditions for individuals to access the necessary medical services. China has thus violated article 12 of the ICESCR.

Lastly, article 19 of the Universal Declaration of Human Rights (UDHR) is also violated as the latter states that every individual has the right to freedom of expression regardless of frontiers. In this regard, sentencing Norzin Wangmo to three years in prison due to sharing information to Tibetan exiles about the self-immolation of Tenzin Sherab is a clear violation of the latter.

CJEU Delivers Reasoned Order on the Obligation to Recognise Children born out of...