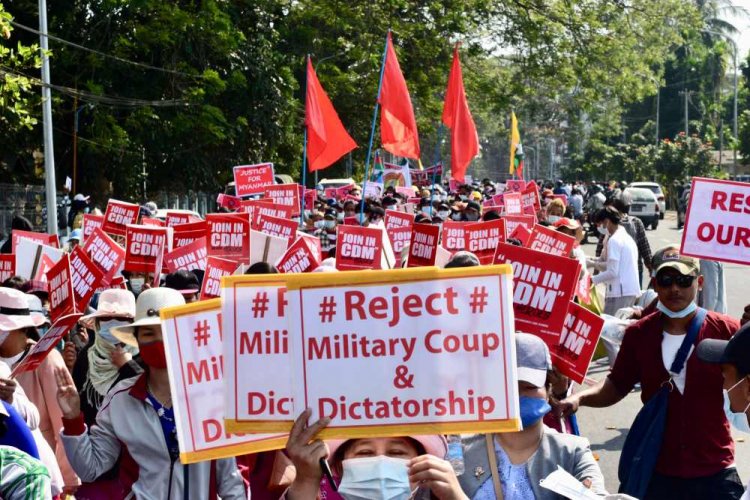 Khin-U, a township in the Sagaing Region, the north-western part of the country, has been particularly targeted for attacks due to their clear resistance to the 2021 coup and the junta. It has been said that this township has been using traditional rifles and other materials to defend itself, being the first township to start armed resistance against the junta (‘Resistance blazes…’, 2023). They have also been very organized, meaning that they have created Special-Force where they provide food and clothing to internally displaced people and also created a Facebook group named Khin-U Township True News Information Group, to disseminate information and help one another (‘Resistance blazes…’, 2023).

However, this resistance has had heavy consequences for the township. Since the beginning of the coup, 240 resistance fighters and civilians were allegedly killed while 150 people from the township were arrested. It was also proven that in some killings, victims were subjected to torture  (Maung, 2023). In addition, the military has destroyed a considerable amount of property in the township, amounting to 2646 houses in the 59 village tracts (‘Resistance blazes…’, 2023). The military has been conducting operations on air and ground, thus, leaving no choice but to retreat to the township. People are therefore often left without shelter, food, clothing, money and many essential needs. In 2017, Myanmar ratified the Convention on Economic, Social and Cultural Rights (CESCR) (Ratification Status for Myanmar). According to CESCR Articles 6 and 7, state parties are to ensure that everyone has the opportunity to gain a living by work and this work is done in just and favourable conditions. With the attacks on the township, these rights are certainly not being ensured. In addition, Article 11 requires state parties to recognize the right of everyone to have an adequate standard of living including adequate food, clothing and housing. This right is also being violated as the junta is actively destroying the food, clothing and housing that people have.

Despite all of the fighting and being stripped of many rights, members of the township are determined not to give up their homes and values (‘Resistance blazes…’, 2023). It has been even reported that the targeting of civilians does not weaken the resistance but strengthens the determination of people to continue their resistance (Maung, 2023). They are hopeful that the junta and its regime will fall and that their township will be yet again, peaceful.