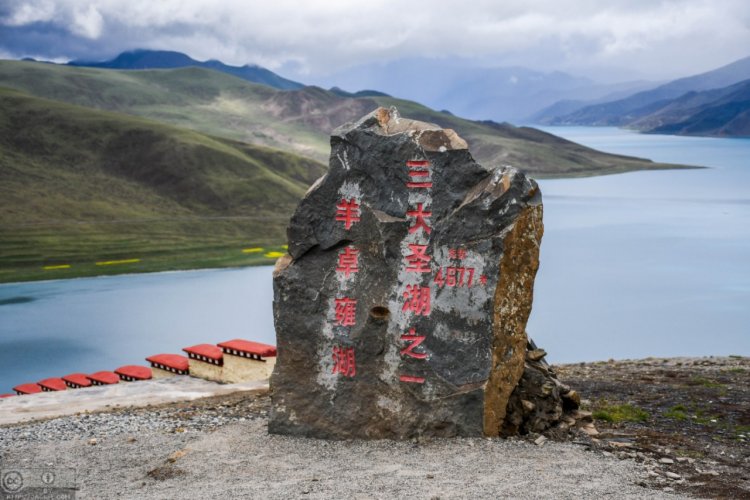 Scientists at Penn State, Tsinghua University and the University of Texas at Austin declared that the Tibetan Plateau faces catastrophic declines in freshwater due to the water loss caused by global warming. The freshwater reservoirs in the Plateau are vital for nearly 2 billion people in China, Tibet and India. With the rise in temperatures, the Plateau has lost over 10 billion tonnes of water a year since 2002, stressing the access to water and causing an increase in tension between China and Tibet.

Fierce fighting erupted as early as March 2008 between the Chinese police and Tibetan protestors out of fear of the Chinese government strategy to open Tibet’s vast reserves of freshwater for consumption in mainland China, cutting Tibetans from their access to safe, drinkable water. China has already constructed four dams in Tibet in order to store and control water streams. Reports have stated that China is constructing a tunnel to divert the Brahmaputra river flow to China to Xinjaing’s vast deserts and arid lands, limiting thus the access to water by Tibetans reliable on the Brahmaputra river for their water consumption. In addition to the diversion of the rivers towards the Chinese territory, causing a threat to the access to drinkable water for the Tibetan population, scientists have examined the glaciers on the Tibetan plateau and have found that they are receding faster than in any other part of the world and will be gone by 2035 if the rate continues in this fashion. Most of the mineral water in Tibet comes from such natural glaciers, especially during the dry season.

In this regard, China’s construction of dams, the melting of glaciers and the Chinese mining expansion on the Tibetan plateau are threatening hundreds of millions of people to come face to face with an unprecedented water crisis. However, through voting in favour of the General Assembly Resolution Recognizing Access to Clean Water and Sanitation as a Human Right passed on the 28th of July 2010 (Resolution 64/292), China explicitly recognizes the human right to water and sanitation and acknowledges that clean drinking water and sanitation are essential to the realisation of all human rights. The Resolution also underlines that the State must take the necessary measures to provide financial resources, help capacity-building and technology transfer to ensure safe, clean, accessible and affordable drinking water and sanitation for all. In this regard, China through signing Resolution 64/292 vows to take on the burden to take all necessary measures to implement the necessary structures to ensure that all Tibetans have access to safe, drinkable water. The latter thus underlines that Chinese authorities cannot interfere, neither directly nor indirectly, with the enjoyment of the right to water. Another obligation for the resolution deals with the obligation to facilitate, promote and provide fresh water.  In this regard, through the building of dams and its lack of action to ensure all Tibetans have access to water is in clear violation of Resolution 64/292

Circle of Blue WaterNews. (2008, May 8). China, Tibet, and the Strategic Power of Water.  Circle of Blue. Retrieved August 26, 2022, from https://www.circleofblue.org/2008/world/china-tibet-and-the-strategic-power-of-water/

Prime Minister of Pakistan condemns “Brutal use of force...