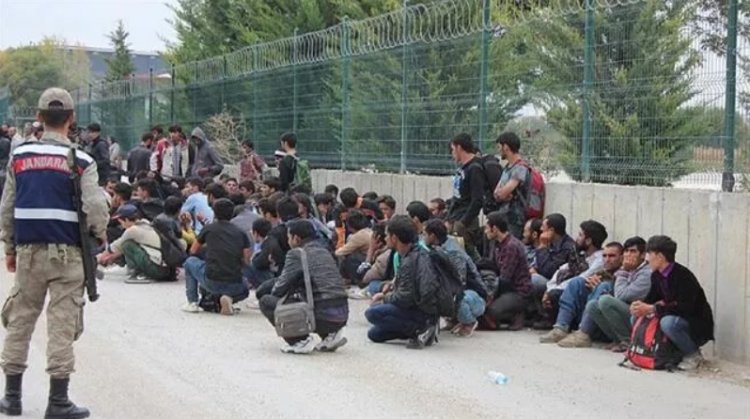 When it comes to protecting women in society, Turkey is not a country to be seen on the list.  While the country has its own severe problems with women's rights and endless femicide, Turkish women now face another dangerous threat from “illegal” male immigrants. And this time the level of danger has to be considered differently, because the government is incapable of tracking offenders since these people are not registered in the system. Thus, Turkish women are trying to protect themselves from the dangerous dark shadows on their own.

Turkey has been hosting millions of immigrants and refugees since 2015, but the unknown and increasing number of "illegal" immigrants entering the country without state control and knowledge poses a serious threat to the social order, values and security in the country. It has appeared on TikTok and other social media that many illegal immigrant men are perversely filming Turkish women on the street, on the ferry, in swimming pools and cafes. In Istanbul, Pakistani and Afghan immigrant men constantly record Turkish women and post them on social media where they zoom in on women's body parts and laugh at each other. Moreover, the extent of harassment unfortunately does not stop there. Since 2021, a number of rape cases have been recorded by mainly illegal immigrant men against women in several cities in Turkey. A 20-year-old Afghan man tried to rape a 17-year-old girl in Kocaeli and when the girl resisted, he hit her head with a stone in the forest (Sözcü, 2021).

Furthermore, since the beginning of the week, Turkish people have been expressing their anger and utmost concern over the growing threat of insecurity toward women on Twitter. The issue became a hot topic in the country, especially with the emergence of new videos about women being harassed and bullied even in daylight, and with some immigrant groups in Istanbul raising the flags of their own countries. On May 4, 2022, Turkey's independent newspaper Solcu Gazate shared some messages on Twitter about constant harassment, persistent stalking complaints and video clip complaints they received from several women. In one of the messages, a woman said “last night, while I was walking with my husband in Istiklal, an immigrant from whom we did not know grabbed my backpack and pulled me to him very strongly. He kicked my husband and quickly ran away” (Solcu Gazate/Twitter, 2022).

It is possible to interpret the reactions of the Turkish people as a “racist” approach, but this has nothing to do with racism or discrimination. The anger against some immigrants is not based on race, ethnicity, religion or colour. People are expressing their concern and therefore anger over the unacceptable behaviour and attitudes they faced from a group of male immigrants. Consequently, many Turkish women, girls, children and men live in fear in their own country.

The Inter-American Commission on Human Rights (IACHR) urges the United States of...