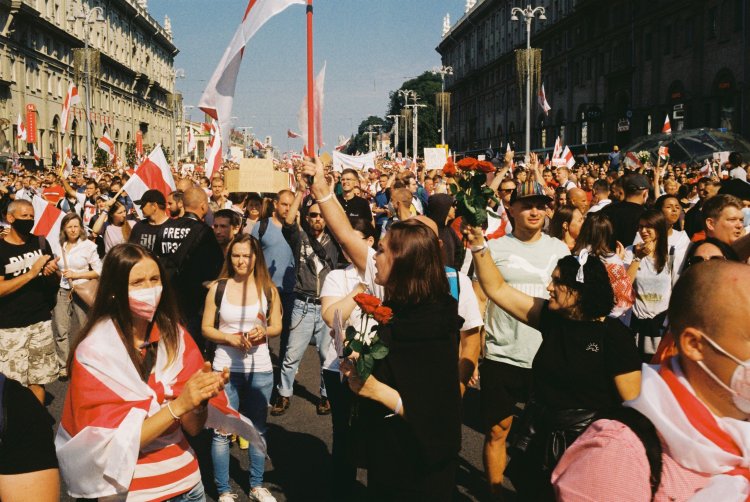 Sofia Sapega, a 24-year-old student, was sentenced to six years in prison at a court in Minsk after the closed-door trial concluded with a conviction for inciting social hatred, violence or threats against police officers, and illegally collecting and disseminating information about an unnamed person without their consent.

Sapega, a Russian citizen, was arrested alongside her boyfriend Roman Protasevich, an activist and administrator of the ‘Nexta-Live’ Telegram channel that reported on the mass protests in Belarus and was openly critical of Belarussian President Alexander Lukashenko. The arrest itself was only possible after the plane the two were travelling on from Athens to Vilnius was diverted and forced to land in Minsk on account of a bomb threat that turned out to be false. The plane diversion was widely condemned and led to the imposition of sanctions on Lukashenko’s regime.

Both Sapega and Protasevich appeared in video confessions, though many considered these to have been recorded under duress. Sofia Sapega herself was, reportedly, not politically active before her arrest and not involved in Protasevich’s activism. Some believe she was arrested to put pressure on Protasevich and was merely “in the wrong place, at the wrong time” (Radio Free Europe, 2022). Russian authorities have not made any attempt to free Sapega.

The arrests are a part of Lukashenko’s crackdown on opposition members and those who dispute the legitimacy of his re-election in 2020. The elections were widely considered to have been rigged. Sviatlana Tsikhanouskaya, Lukashenko’s main opponent in the elections, fled the country in fear of repercussions for speaking out against the election results. Speaking of Sapega’s conviction, Tsikhanouskaya said:

“A year after the unprecedented Ryanair aircraft hijack in Minsk, the regime sentenced Sofia Sapega to 6 years in prison. She became collateral damage to Lukashenka's attack on her boyfriend Pratasevich. I am sorry for Sofia & her family. No one should suffer from dictatorship.” (Tsikhanouskaya, 2022).

Growing terror against women in Turkey as the government fails to protect its border...

US$10,7 million to São Tomé and Príncipe

The draft of Chile’s new constitution and the participation...

Brazilian women negotiate with Bayer about the hazardous...

The rise of domestic violence amid the implementation of...