Ukraine: Migrants and asylum seekers detained in centres at the war’s front lines 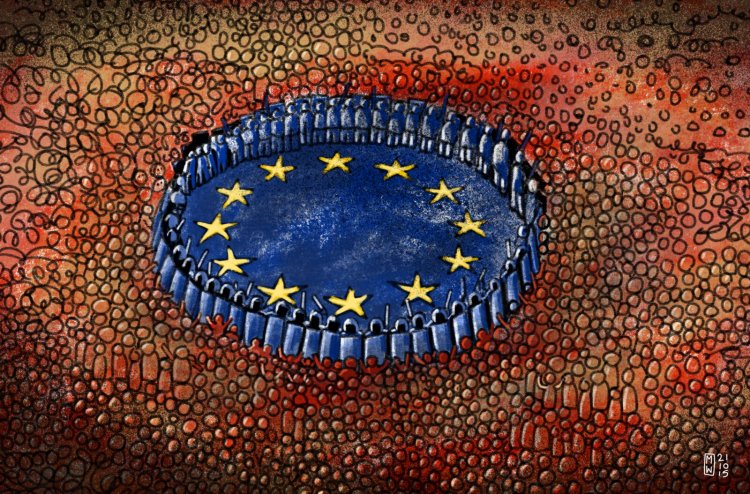 In the last few days, it has been reported that migrants and asylum seekers are being detained in a migration detention centre in Mykolaiv, southern Ukraine, in the proximity of the front lines where the Russian-Ukraine war is being harshly fought. In mid-April 2022, Human Rights Watch interviewed two men held in the Mykolaiv Temporary Holding Centre for Foreigners and Stateless People, close to the frontline. The people interviewed stated that they had been detained long before the beginning of the Russian invasion of Ukraine for irregularly trying to cross the border towards Poland and for irregularities in their visas. However, regardless of the reasons for their imprisonment, their continued detention is arbitrary, exposing migrants and asylum seekers to the dangers of war. In addition, interviews took place also with migrants and asylum seekers based in the Zhuravychi Migrant Accommodation Center in Volyn’ oblast in north-western Ukraine.

Nadia Hardman, refugee and Human Rights Watch migrant rights researcher, declared that “Migrants and asylum seekers have been locked up for nearly two months on the edge of a war zone,” and added that “detainees are terrified and in danger, and there is no justification for keeping them in immigration detention” (Human Rights Watch, 2022). Human Rights Watch contacted Ukrainian authorities on March 9th and April 20th asking for information about those still held in detention centres and inquiring on the motives for their detention but has received no response. Those interviewed in both facilities wish to leave as soon as possible this unbearable situation and find shelter in neighbouring countries alongside Ukrainian civilians fleeing the country.

Because of the huge migration patterns that interested the European Union in the last decade, the EU’s strategy has been focusing on shifting the responsibility of migrants and refugees to neighbouring countries like Ukraine, by funding the country’s border control and migration management programs. However, with the war’s expansion and severity, Ukraine should immediately release the migrants and asylum seekers that are being arbitrarily detained in immigration detention centres, enabling them their right to reach security in bordering countries.