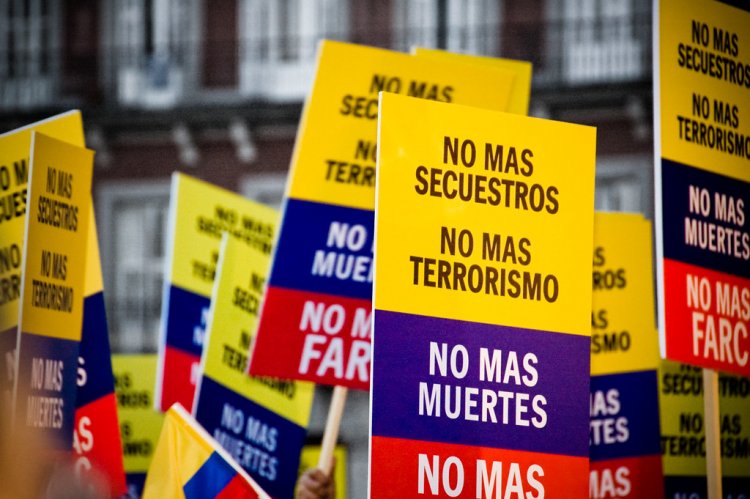 Last week, ten former members of the Colombian military publicly admitted participating in the killings of over 100 civilians in the notable “false positives” scandal of 2007 and 2008. Their acknowledgements were made during a public hearing of the Special Jurisdiction for Peace Tribunal in the Norte de Santander department, where the killings took place. The historical hearing took place over a decade later, following the conclusion by the transitional Peace Tribunal in February that more than 6,400 civilians were extrajudicially killed by the Colombian army between 2002 and 2008.

The “false positive” scandal relates to the execution of young civilian men falsely represented by the Colombian army as dangerous rebels associated with the Revolutionary Armed Forces of Colombia (FARC), between 2002 and 2008. What was ultimately considered as one of the worst human rights abuses in Colombian history now has many of its secrets revealed in public hearings under the jurisdiction of the Peace Tribunal, created in 2016 for this purpose. Former combatants made a deal for alternative punishments in exchange for full disclosure of the incidents that took place in the internal conflict in the country.

The public hearing counted with a former military general, four colonels, five other army officials and one civilian, all admitting taking part in the kidnapping and killing of 120 young men from the town of Ocana and nearby communities, to later present them as members of the FARC. Although the Colombian military now insists that there was no systematic plan to kill innocent people, many of the former army officials admitted to the Tribunal that they were under pressure from the government at the time.

The Peace Tribunal stated that “after years of silence and fear, the time for truth has finally arrived, to put an end to decades of impunity” before the former military officials’ statements. The shocking hearing comes just weeks after the Colombian army was accused of killing at least four civilians during an operation in an indigenous community under the same argument that it was targeting FARC dissidents.

Ukraine: Migrants and asylum seekers detained in centres at the war’s front lines

Prime Minister Khan Will Work On The Problem Of Corruption...