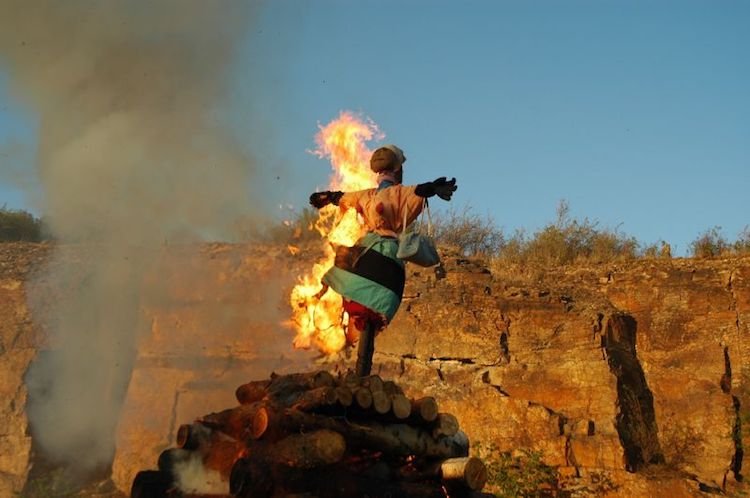 Nik Page. Theja Ram (2017, June 5) “Pregnant Muslim woman burnt alive by her own family for marrying a Dalit man in Karnataka” in the News Minute

Nine days ago, a pregnant woman was burnt alive allegedly by her husband and father-in-law over honour in Sook Kalan village in Pakistan.

According to the police, a mother of two minor daughters was burnt alive by her husband and father-in-law. Kerosene was poured on her, thereby burning her alive. Police revealed that, according to the suspects, the woman had a relationship with a villager, which she herself denied. The suspects did not shift her body to the hospital despite only being burnt partially. She lay at home, where she succumbed to her burns two days later. The accused tried to bury her quietly without informing the woman’s parents nor the police. Fortunately, some neighbours had informed the police, who subsequently shifted her body to the Aziz Bhatti Shaheed Teaching Hospital.

The police registered a case against the three suspects under sections 302, 147 and 149 of the Pakistan Penal code.

“Reduce not medically needed abortions”: One Sentence that...