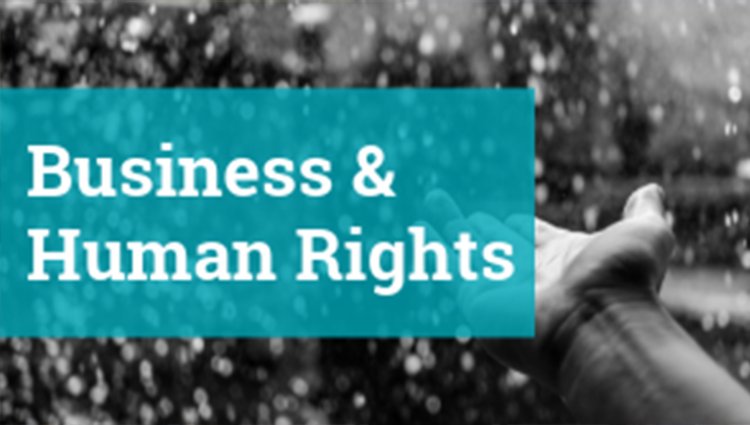 Non-governmental organizations are independent groups of activists that share values and work together to promote social or political change. In the field of business, such change is necessary. From drastically low wages to workplace sexual harassment, companies have a lot to be blamed for. But the private sector lacks accountability mechanisms and transnational corporations often get away with their abuses. In response, NGOs have been pushing for more international business-related human rights regulations. Through agenda-setting, lobbying and monitoring, NGOs demonstrate their influential role in the global negotiations

A) Agenda-setting
The first direction of NGOs’ influence is their ability to raise awareness on all levels. Campaigns emerge from individuals in response to unjust situations with the aim of bringing them to the attention of policy makers, legal figures, and government officials. In 1981, the Kaibigan organization was created to promote the rights and interests of overseas Filipino workers. Through research, publications and networking, Kaibigan’s mission became an issue that was at the center of national politics. Because the organization reached out to workers and mobilized the public, the Filipino government had no choice but to at least consider the interests of overseas workers in its social programme (Alcid, 2006, p.342).
NGOs are powerful in that they set the agenda for crucial political discussions, and create a normative framework. For example, NGOs have made calls for boycotts. Clean Clothes Campaign is an organization that raises awareness on the inhumane conditions of textile workers, and has educated consumers on the tragic consequences of fast fashion. These efforts highlight how NGOs have the ability to establish public framing that, in turn, will force leaders to act (Balsiger, 2010, p. 325)
NGOs have also targeted international institutions like the World Trade Organization. Established in 1995, the WTO provides its members with enforceable rules concerning matters related to taxes and labels but not labour standards. While some argue that only the International Labour Organization should be responsible for the protections of workers' rights, the International Confederation of Free Trade Unions disagrees. According to the ICFTU, the fundamental rights of workers should be an unconditional aspect of the liberalization process that the WTO promotes globally. The ICFTU pressed for the adoption of core labour standards during the 1996 WTO conference and although it failed, the protection of workers has been a major question among WTO members ever since (Baogang, 2007, p. 714). Through information campaigns and networking, NGOs mobilize actors and create international debates on the issue at stake. To this extent, the influence that NGOs have on the political agenda of international decision-makers is undeniable.

2) International Law-Making
In 2005, as labour rights became prominent in international debates, the Commission for Human Rights requested the creation of an expert mandate on business and human rights. John Ruggie, former advisor to the Secretary-General, was appointed Special Representative on the issue of human rights and transnational corporations. In his first report, Ruggie advocates for universal recommendations and acknowledges the conceptual ambiguity of the existing framework for business and human rights. While most involved parties expressed strong support toward Ruggie’s work, a coalition of NGOs (Amnesty International, Human Rights Watch, Oxfam International) criticized the lack of concrete instructions aimed at companies in a joint statement. In addition, the coalition demanded the Special Representative to include the perspectives of disadvantaged groups in the writing of new norms. In response, a 2008 Human Rights Council resolution called for “special attention to persons belonging to vulnerable groups” in the regulation of business and human rights by the Special Representative. Via this statement, the three NGOs significantly impacted the way in which new norms on business and human rights are being written.
A second example is the 2011 UN Guiding Principles on Business and Human Rights that specifically mention the rights of minority workers. However many NGOs claimed that these principles were voluntary, and pushed for a legally-binding treaty. This attempt proved successful, as the Council of Human Rights established a Working Group on the issue of human rights and transnational corporations in 2011. For the NGOs that were granted consultative status by ECOSOC, the Working Group meetings provide an opportunity to formally and informally lobby. Through individual or joint oral interventions and written reports, these NGOs are actively participating in the international discussion. They present information and data that will be crucial in the decisions made by voting members. Informal events and workshops are also key to NGOs’ strategy, as this is where they approach and convince key actors. At the moment, various activist networks for the protection of business-related human rights work together under the Treaty Alliance to influence government representatives at the Working Group. While it is difficult to predict the outcome of the negotiations, what remains certain is the importance of the sometimes formal, and sometimes informal input of NGOs.

3) Monitoring and Holding Accountable
As for abuses committed in the private sector, it is easy for governments to pretend human rights violations are not happening. Moreover, transnational companies that emerged from globalisation play with the notion of sovereignty to escape their responsibilities. Hence the relevance of international treaties protecting all workers, everywhere. But while international treaties can be signed and ratified, history has shown that governments still fail to uphold laws and policies that they legally agreed to. This weakness of international legal systems leaves a void that NGOs seek to fill with their own justice. The few tools at their disposal are based on the information they collect and present to governments and the public. To hold companies accountable, NGOs first assess their behaviour in comparison with international labour standards. With proof of the abuses, NGOs will demand governments to sanction the company. Examples such as the European Union fining Google refute the myth of corporations’ judicial immunity. While this is rare, companies can be found guilty at the national scale and the role of NGOs is to provide the prosecution with sufficient resources. But the information they collect can also be made public in an effort to mobilize the masses. Successful public-shaming is bad promotion for a company. For instance, China Labor Watch openly criticized Apple for contracting with Foxconn, a company they proved guilty of abusing workers, and consequently called for a boycott. Fear of decreasing demand provides companies with an incentive to prioritize human rights. While power ultimately rests in governments’ and consumers’ hands, it is NGOs that redirect these powerful hands toward what they believe to be right.

Conclusion
In sum, non-governmental organizations’ role is central to the field of business-related human rights. Not only do we owe them the notion of workers’ rights, NGOs also succeeded in placing the issue in key international discussions. During such meetings, decisive state actors are being continuously influenced by the formal and informal lobbying agenda of NGOs. Once international standards are finally agreed on, NGOs monitor the private sector and demand governments or consumers to hold companies accountable. On one hand, many are grateful for the fructuous influential strategy of NGOs. On the other, the demonstrated influence of independent NGOs can raise questions about the legitimacy of their non-partisan position. In the future, institutionalising NGOs’ participation in global decision-making could be a solution that both strengthens their position and mitigates the legitimacy dilemma. BIBLIOGRAPHY
Alcid, M. L. L. (2006). NGO-Labor Union Cooperation in the Promotion of the Rights and Interests of Landbased Overseas Filipino Workers. Asian and Pacific Migration Journal, 15(3), 335–357. Baogang, H., & Murphy, H. (2007). Global Social Justice at the WTO? The Role of NGOs in Constructing Global Social Contracts. International Affairs (London), 83(4), 707-727. Balsiger, P. (2010). Making Political Consumers: The Tactical Action Repertoire of a Campaign for Clean Clothes. Social Movement Studies, 9(3), 311-329. Bernaz, N., & Pietropaoli, I. (2017). The Role of Non-Governmental Organizations in the Business and Human Rights Treaty Negotiations. Journal of Human Rights Practice,9(2), 287-311. Jerbi, S. (2009). Business and human rights at the un: What might happen next. Human Rights Quarterly , 31(2), 299-320.

Contemporary Forms of Slavery Exist in Sri Lanka According...