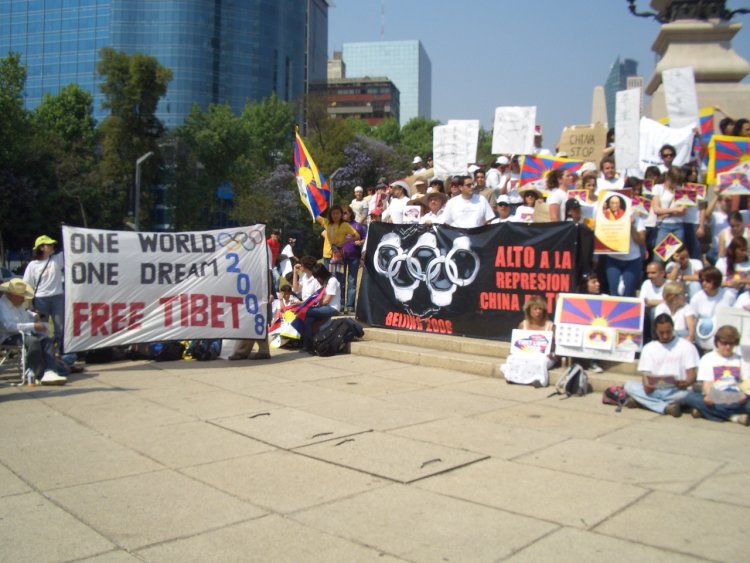 Tenzin Choephel has been sentenced to 18 years in prison and 5 years of deprivation of political rights for “inciting separatism” and “illegally sending intelligence overseas”. Mr Choephel is a Tibetan entrepreneur and philanthropist and is known for his work on protecting Tibetan culture and environment. He also promoted unity among the Tibetan community and assisted the poor in attaining a higher quality of life.

Mr Choephel had already been detained a few years prior, in March 2018, when he was held incommunicado for more than a year before his sentencing. He is currently held in incommunicado detention in Chushur Prison in Lhasa city and has been denied his appeal.

China has ratified the Universal Declaration of Human Rights (UDHR) in 1997, the International Covenant on Social, Economic and Cultural Rights (ICESCR) in 2001, the Convention against Torture and Other Cruel, Inhuman or Degrading Treatment or Punishment (UNCAT) in 1988 and the International Convention for the Protection of All Persons from Enforced Disappearance in 2006. All of these international instruments have been violated by China through its treatment of Mr Choephel.

Indeed, article 27 of the UDHR states that all individuals have the right to engage and participate in the cultural life of their community in the way they desire. In addition, article 18 of that same declaration writes that all individuals have the right to freedom of expression and thought. Article 19 strengthens that right by expressing that State authorities shall not interfere with this freedom of expression through government action.

In this regard, Mr Choephel detention as a result of his active participation in the safeguarding and promoting of Tibetan culture is seen to go directly against articles 18, 19 and 27 of the UDHR.

In addition, article 3 of the UDHR writes that all individuals have the right to liberty and security of person. This right underlines that all individuals have the right to a fair trial and, if detained, their detention must be on such grounds and in accordance with such procedures that are established by law. Therefore, sentencing Mr Choephel to 18 years in prison, on the grounds of “inciting separatism”, for his mere participation in the cultural life of the Tibetan community, is seen to be a clear violation of article 3 of the UDHR.

Article 1 of the ICESCR reiterates that individuals have the right to pursue their social and cultural development freely. In this regard, this article underlines that the means and expression of such development are left to the choice of the individual in question and the pursuit therefore shall be enjoyed without government interference. These rights shall be enjoyed by all individuals under the jurisdiction of the State that has ratified this convention, regardless of of religion, political affiliation or other opinions language, sex and other cultural affiliation. The latter is safeguarded under article 2(2) of the same Covenant. In this regard, China is seen to violate articles 1 and 2(2) of the ICESCR in its detention of Mr Choephel for his enjoyment and expression of his Tibetan heritage.

Lastly, incommunicado detention, as form of enforeced disappearance, is considered a form of torture in the meaning of article 1 of hte UNCAT. Indeed, in the ruling Francisco Larez v the Bolivarian Republic of Venezuela, the Committee Against Torture stipulates that incommunicado detention in itself constitutes a form of torture in paragraph 64 of the ruling. Article 1 of UNCAT states that that any act that inflicts “severe pain or suffering, whether physical or mental”, by any person’s action in an official capacity amounts to torture. In this regard, Mr Choephel’s incommunicado detention amounts to a violation of the UNCAT, subjecting him thus to torture and inhame treatment.

Pakistan: Discriminatory job offers in the Government of...

The Kingdom of the Netherlands and Canada issued a joint...