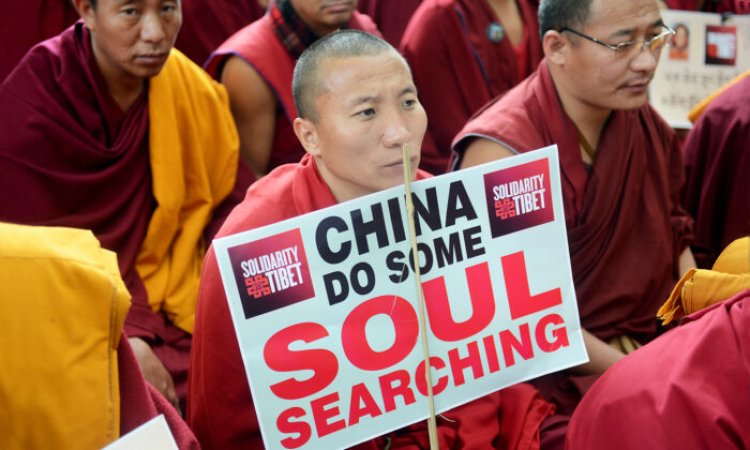 The systematic sexual tortures against Uyghurs at the hands of the Chinese government is not a new story. What is less know is the sexual abuse inflicted to Tibetans nuns. According to the Tibetan Center for Human Rights and Democracy (TCHRD), a monk witnessed the abuse of many nuns being tortured and sexually abused by officers from the Chinese Communist Party (CCP). The events took place in the re-education center located in Sog County in the Tibetan territory. A TCHRD researcher, Tenzin Sangmo, stated that this story from the monk is of great value, as it provides anecdotal evidence on these abuses that is otherwise very difficult to gather. The TCHRD report includes some quotes describing the sexual abuses that the monk witnessed during his stay in the re-education camp: “Many nuns would lose consciousness during the [military] drills, sometimes officers would take unconscious nuns inside where I saw them fondle the nuns’ breasts and grope all over their body. …” Unfortunately, sexual abuse is not the only violation of basic human rights occuring in these camps. The TCHRD Special Report in 2016 also described other methods, such as inflicting shocks with electric batons, denial of access to water and food, pouring boiling water over them, among others.

Worsening Drought in Syria Is Affecting Food and Water Security

Poland Must Take Rapid Action to Resolve the Lack of Independence of The National...