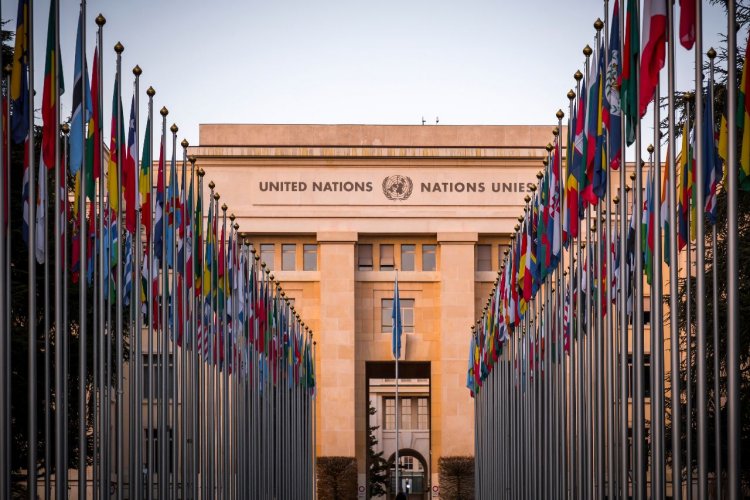 Photo by ColorMaker via Shutterstock

After Masha Amini’s death, waves of protests calling for justice were met with a disproportionate use of force by Iran, which now, according to Volker Turk, is in “a full-fledged human rights crisis”: the people of Iran are asking for freedom, inclusion and equality, but the government has not shown the willingness to engage in any discussion with demonstrators. Javaid Rehman reported that 300 deaths have already been confirmed, including at least 40 children and 20 women, that Iranian forces are raiding universities and school gatherings, prisons are bustling with peaceful protesters and that since the 13th of November at least 6 persons have been sentenced to death.

Since Iran has proven its unwillingness to conduct transparent, impartial and independent investigations, Germany and Iceland proposed the draft Resolution S35/L1, a mechanism to establish a fact-finding mission on Masha Amini’s death and Iran’s violent response to the protests, which was adopted at the end of the session with 25 votes in favor, 6 against and 16 abstentions. Its approval by the Council entails the creation of an independent investigative mission on Iran’s human rights violations, which has the scope to collect and preserve the facts surrounding the alleged violations by the Iranian Security Forces, with a particular attention to women and children. “Political and civil rights have not been imposed upon Iran from outside, Iran has agreed to uphold and defend them by being a party to the International Covenant on civil and political rights”, as put by Antje Leendertse, permanent representative of Germany to the UN. The fact-finding mission will present an oral update to the Council at its 53rd session in June, and a report on its findings at its 55th session.

The states who voted in favor of a fact finding mission, among which are Germany, France, the Netherlands, Luxembourg, Japan, Mexico, the UK and  the Czech Republic, have expressed that this will urge Iran into taking measures to stop the violent crackdown on peaceful protests and arbitrary detentions. Moreover, the independent mission will investigate alleged human rights violations, collect the facts and ensure that perpetrators will be held into account. The international community will have access to independent, impartial and public information about the human rights violations committed by the regime.

Not only Iran, but also other states such as Venezuela, China, Pakistan and Cuba voted against the draft resolution and the investigative mission. Iran’s statement was presented by the Vice President for women and family affairs of the Islamic Republic, Khadijeh Karim. Stating “the Western world lacks the moral and the credibility to preach others on human rights” she expressed that the draft resolution is only seen by the country as an external intervention on the state’s internal affairs. Venezuela was on the same page and claimed that fake news in international media have been destabilizing the Iranian government. China in particular discussed the increased level of politicization of the Council and its failure to meet the principles of universality, impartiality, objectivity and non-politicization. Adding that the right path to take to protect human rights should be one of cooperation and dialogue, “since the Council’s role is to assist, not to investigate”, China claimed that the fact finding mission would be used as a tool to intervene in the country’s affairs and disrespect the will of the Iranian people. On this note, China proposed an amendment to abolish the fact finding commission from the draft resolution but it was denied with 15 votes against it.

Persecution of Women and Girls in Afghanistan, Crimes Against Humanity?

Eritrean Re-election to the UN Human Rights Council and...

The United Kingdom Ratifies the Istanbul Convention with...