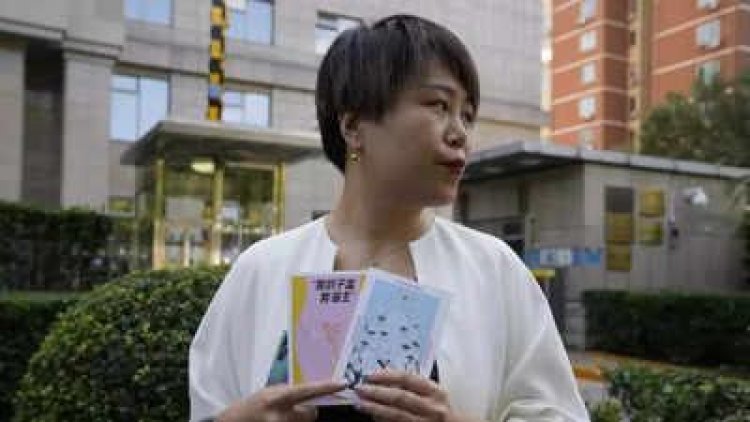 Teresa Xu is a single woman holding cards, one of which says "My Womb, My Choice."

However, Teresa’s case has been for three years; it was only heard after the latest data that showed a slowing in the population growth; meanwhile, the proportion of older people has been increasing. Since 2016 till now the number of newborns has been declining every year. The National-level statistics presented that in 2020 there were born 12 million babies while in 2019, the number of newborns was 14.6 million. The response of Beijing to this issue was by giving the right to families to have a third child and renew the policy to support families who want to have children.

Although few aspects of the system, such as linking reproductive health services and women's maternity benefits, were challenging. As in China, only married couples have the right to access reproductive services and likewise benefits where they are obliged to prove their marital status by showing license. In 2018 when Teresa visited the hospital, she was urged by the doctor to have a child rather than freezing her eggs where the doctor requested to see her marital status license.

Teresa told the reporters in front of the court that she hopes that the fact that there is a need for population growth will grant single women the chance to make their own choice.

China imposes a new decree enforcing “Mandarin” as medium of instruction on Tibetan...