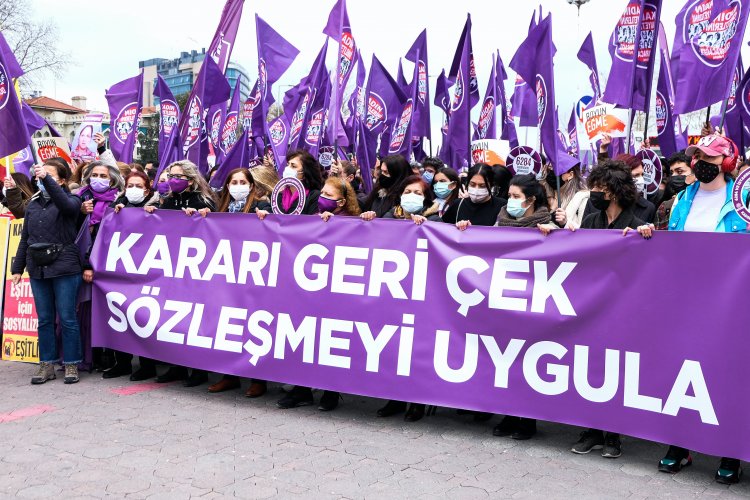 Photo by Emir Eğricesu via Unsplash

“While police and courts in Turkey are responding to women’s complaints of domestic violence by issuing more restraining orders, the failure to enforce them leaves dangerous protection gaps, the lack of enforcement has meant that women on the authorities’ radar have been killed by their abusers or subject to recurrent violence over years” (Human Rights Watch, 2022) said Emma Sinclair-Webb, Europe and Central Asia Director at Human Rights Watch. This is the topic that the organisation has investigated for the last year and is now reporting on in a report entitled ‘Combatting Domestic Violence in Turkey: the Deadly Impact of Failure to Protect’. The 85-page report contains the conclusion of Human Rights Watch after meticulous interviews of domestic violence victims and their lawyers as well as members of law enforcement and of the judicial branch. Additionally, the organisation gave specific attention to 18 cases of domestic violence in which the victims had started judicial action against their abusers and had obtained protective measures. In six of those cases the women were killed by their abusers and in others their abusers repeatedly broke the measures. Human Rights Watch condemns the authorities and government failure to enforce said protective measures and to protect those women while being aware of the ongoing situations of abuse.

Human Rights Watch reached out to government officials with hope to open the conversation on the topic but were met with silence from the Minister of Justice and the Minister of Family and Social Services. The Interior Minister replied to their letter informing that nine police officers received disciplinary sanctions for their involvement in one of the cases.

This report comes after Turkey’s Constitutional Court decided on responsibility of civil servants, police officers, and others in the death of a woman to domestic violence by virtue of their negligence - bringing its case-law closer to the European Court of Human Rights’. Moreover, the Constitutional Court ruled on the incompatibility of Turkey’s withdrawal from the Istanbul Convention with the Turkish Constitution.

The Report contains recommendations from Human Rights Watch for government action regarding fighting domestic violence. It specifically calls for “better coordination among agencies to protect women from domestic violence, and better enforcement of court orders” (Human Rights Watch, 2022). It also highlights the importance of recognising repeated breaches of court orders as grounds for pre-trial detention in order to protect victims efficiently.

Rape Culture and Victim Blaming in a 14-Year-Old Rape And...