Fiji: Women are giving up on the police helping with their sextortion complaints as some of them have been pending for up to 7 years 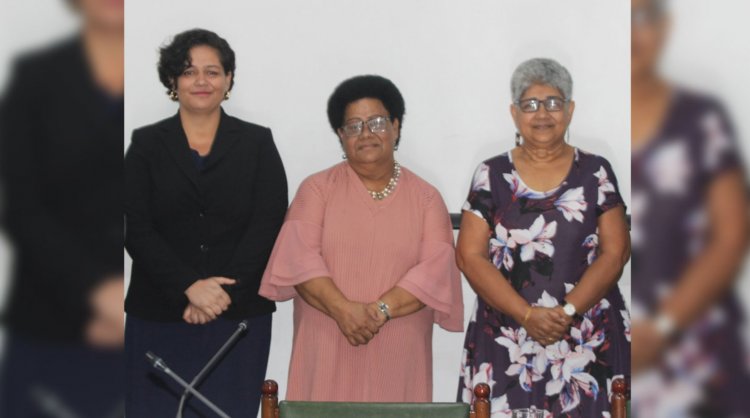 At the Parliamentary Standing Committee on Foreign Affairs and Defence in Fiji, the Fiji Woman’s Crisis Centre (FWCC) raised their concerns regarding woman dropping their faith in the police in solving their cases. Some sextortion complaints that have been pending for 6 to up to 7 years but no process has been made.

Stephanie Dunn, the Lawyer at the FWCC, has stated that the private addresses and phone numbers have been shared and in some cases, there were video cameras installed in their houses, instead of security cameras. The Coordinator of the organization, Shamima Ai, has also added that these videos are then used to blackmail these women.

The organization has put forward submissions to the Parliamentary Standing Committee on Foreign Affairs and Defence in which they recommended for Fiji to ratify the Budapest Convention or the Convention on Cybercrime. The Head of Legal of the FWCC, Miliana Tarai, also stated in it that while having the convention ratified the government must also ensure that at the heart of the convention human rights, democracy, and the rule of law are secured for application in the future.

Baleilevuka, R. (2022, October 11). Some women have given up with the police as some of their sextortion complaints have been pending for about 6 to 7 years-FWCC, Fiji Village. Retrieved on October 16 2022 from https://www.fijivillage.com/news/Some-women-have-given-up-with-the-police-as-some-of-their-sextortion-complaints-have-been-pending-for-about-6-to-7-years---FWCC-5rx84f/

Working Conditions for Coal Miners ; From Bad to Worse

A new symbol of resistance against oppression: The unprecedented...

The Supreme Court of India issues ruling condemning the...