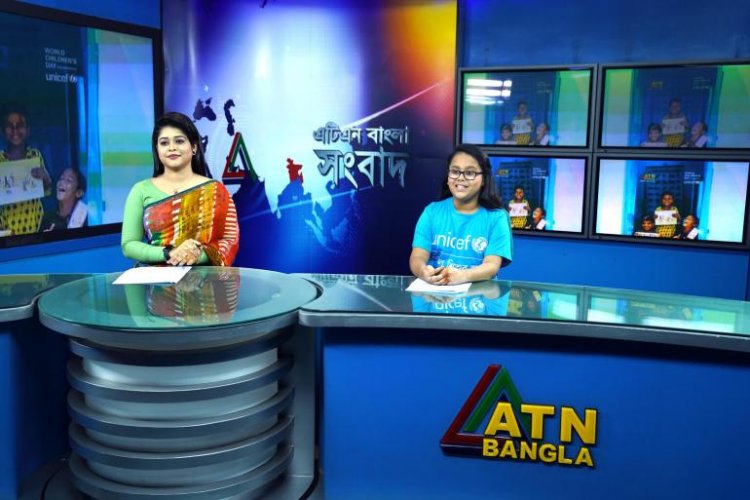 On November 20, UNICEF celebrated World Children’s Day, as a reminder of the anniversary of the adoption of the United Nations Convention on the Rights of the Child (UNCRC) of 1989. The day represents a reminder and a call to action for the continuous discrimination and inequities that children are still facing globally.

The UNCRC is a convention manufactured in 1989 with the intent of establishing the rights of children in all possible areas and matters. The Convention represents a totem of commitment toward the safeguard of these rights, and for this reason it has been signed and ratified by 196 countries around the world (The Daily Star). The end goal of the UNCRC is the recognition, protection and development of the fundamental rights of all children, with a particular emphasis on the right to equality and non-discrimination. Each government should commit to the protection of children against all forms of discrimination or mistreatment, taking into consideration their family situation, as well as their nationality, ethnicity, and religion (UNICEF Report). Another core element of the Convention is the importance that is placed on education, which is recognised as a fundamental right for the development of the life and the future of all children.

To celebrate the 2022 World Children’s Day, UNICEF published a report titled ‘Rights denied. The impact of discrimination on children’. The intent of this report was to inform on the current situation that children are facing worldwide, and the progress – or regress – that was made in the recent period, as well as to present a series of initiatives carried out by UNICEF groups in several countries. As this report shows, the discrimination and racial/ethnic disparity against children is still highly prevalent in many countries across the world, and there are a series of challenges that keep endangering the safety of children throughout the globe.

Bangladesh has made great, but unequal, progress in the most recent decades. In fact, while the general access to drinking water sources and handwashing facilities has improved and is now almost diffused for the entire Bengali population, only 61% of the minority ethnic population has access (UNICEF Report). One of the most affected groups is the Rohingya community that is residing in the sheltering area of Cox’s Bazar, in South-eastern Bangladesh. This is the largest refugee settlement in the world, with more than 300,000 children attending the learning centers managed by UNICEF and other partnering associations. Here, children’s rights are put at risk on a daily basis, with issues that span from education, safety, and discrimination.

As a reminder of the continuous challenges that children are still undergoing to this day, UNICEF has decided to promote a global campaign for the promotion and solidarity of this concerning issue. The idea at the basis of 2022 World Children’s Day is that there is “only One Team when it comes to children rights” (UNICEF India). Everyone is expected to come together to face division, discrimination and promoting education for every child. As a symbol of standing for their own rights, children are working together with UNICEF partners to ‘take over’ media and political roles across the world. In Bangladesh, on November 20, kids took over the ATN Bangla news studio to co-host the evening news. “I have always been on the other side watching the news but today the whole country will listen to me. I want all children to be heard, not just on World Children’s Day but every day,” said eleven-year-old Anisha Amin (UNICEF Press Release).

This campaign represents a call to action to everyone to stand up for children and commit to building a world free from disparities and abuse for every child. On this World Children’s Day, UNICEF is calling on governments and communities to act against children’s injustices and to protect every child against discrimination and exclusion. In fact, there are still numerous barriers to children’s enjoyment of rights in terms of resources and equal opportunities which are the result of laws, policies and social practices still in place today (UNICEF Report).

UNICEF Division of Global Communication and Advocacy (2022). Rights denied The impact of discrimination on children. UNICEF. Retrieved from: https://www.unicef.org/media/130801/file/rights-denied-discrimination-children-EN.pdf.