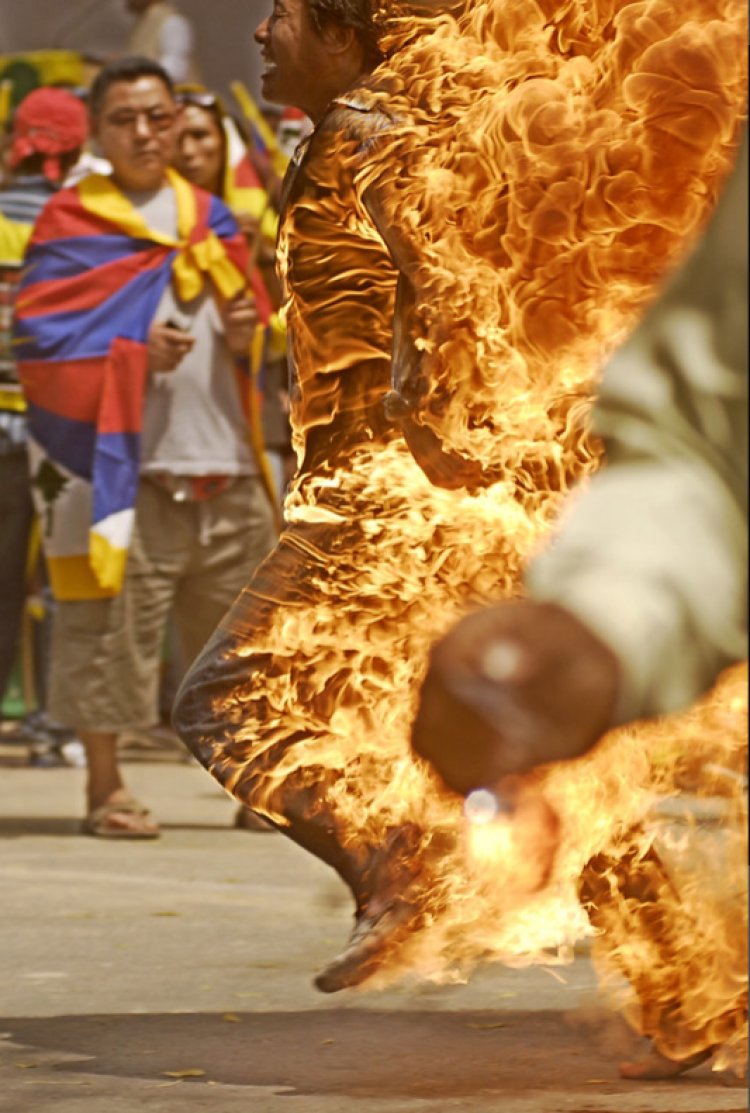 On April 9, 2022, international experts from Italy, Canada, India and Tibet analysed the recent spate of self-immolations by Tibetans, from among the 160 such cases. This platform was provided at a webinar jointly organised by the Centre for Himalayan Asia Studies and Engagement (CHASE) of New Delhi and Tibetan Youth Congress (TYC) from Dharamshala. Two Tibetans, 25-year-old Tsewang Norbu and 81-year-old Taphun self-immolated in at Potala Palace and Ngaba in February and March, 2022, respectively.

Mr. Marco Respinti, the Director-in-Charge of Better Winter (a magazine advocating for religious liberty and human rights), opined that the town of Ngaba had become infamous as the “world capital of self-immolations” (Kranti, 2022). Notably, the world-famous Kirti monastery is situated at Ngaba town.

The spokesperson of the Central Tibetan Administration, Mr. Tenzin Lekshay stated that the young self-immolators and their parents were born long after Chinese occupation of Tibet. He observed that their calls for the freedom of Tibet in the last moments of their life is a clear indication of their frustration and severe opposition to Chinese rule in Tibet. He added that the Chinese policies of eliminating Tibetan identity revealed that they wanted Tibet, but not Tibetans.

The Director of Tibet Action Institute, Ms. Lhadon Tethong (presently a Canadian citizen) blamed Jinping’s draconian measures and the use of sophisticated technology for surveillance, such as drones and artificial intelligence for the end of Tibetan freedom of movement. She highlighted the new Chinese policies and practices of ensuring that Tibetan children as young as five-years-old were schooled in residential Chinese language schools. This is in addition to placing insurmountable obstacles to obtaining education in Tibet in Tibetan language.

The moderator of this webinar was Mr. Vijya Kranti, Chairman of CHASE. He attributed the near-total international silence on Tibetan self-immolations to the fear of economic losses states may face by calling China out. This makes governments, business leaders, international institutions and the international media turn a blind eye to Chinese atrocities against Tibet.

Prof. Aayushi Ketkar from the Jawahar Lal Nehru University (JNU) in New Delhi remembered that the revolutionary Arab Spring movement of 2010 was sparked by the single instance of self-immolation by a bookkeeper in Tunisia. Similarly, she noted that the all-mighty US Army was forced to leave Vietnam upon the self-immolation by a monk in Saigon in 1963. However, she regretted that 160 self-immolations by Tibetans failed to evoke any responses.

The experts identified the ongoing cultural genocide against Tibetan identity as the cause for self-immolations. They also opined that this process had found new momentum under the leadership of President Xi Jinping.

Mandate Of The Task Force To ‘one Country, One Law’ Amended