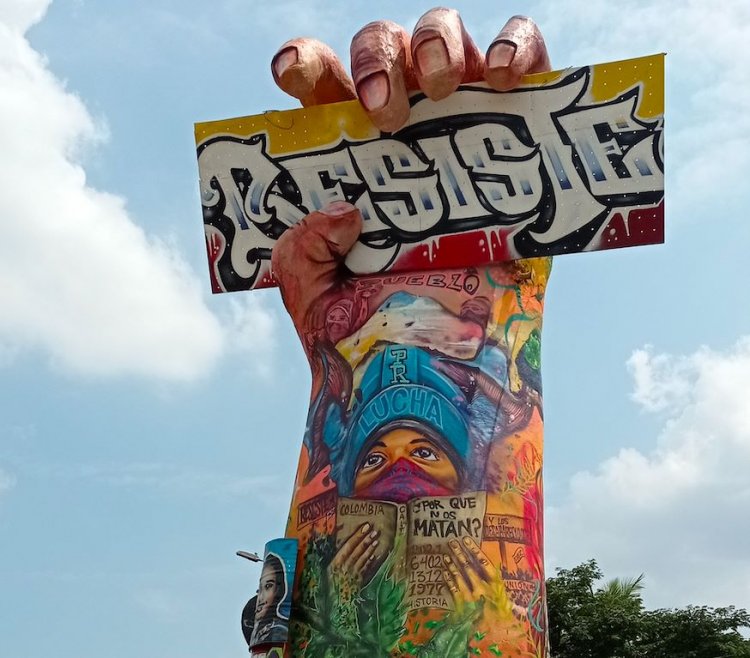 Photo by Remux via Wikimedia Commons

In its resolution 55/2022, the Inter-American Commission on Human Rights requested the state of Colombia to adopt the necessary precautionary measures to protect the rights to life and personal integrity of Mr. A.A.V.B. and his family.

A.A.V.B. is an Afro-Colombian environmental and community leader, president of the Movimiento Ciudadano Orientados de Cali, a movement composed of roughly 12 grassroots organisations that seek the integral development of the territories and the protection of housing. A.A.V.B.’s leadership is mainly focused on the promotion of ancestral knowledges on sowing and harvesting, the protection of the wetlands of the Cauca river, and the protection of human rights of the Afro-Colombian population of the rural area of Cali that was victim of forced displacement due to the armed conflict.

A.A.V.B. and the Movimiento Orientados were part of the national strike of 2021, establishing a resistance point. Within this context, between May and October of 2021, four members of the Movimiento Orientados were assassinated. Besides that, other members were victims of harassment and threats. A.A.V.B. and his partner were victims of a robbery where their computers, camaras, and other devices with information of the Movimiento Orientados were stolen. Despite the collective complaint for these facts to the Public Prosecutor by the beneficiary, the threats and harassment continued. Specifically, since in February and March 2022, two narco-paramilitary groups, the Águilas Negras and the Autodefensas Gaitanistas de Colombia, allegedly released pamphlets threatening to kill and use armed violence against human rights defenders targeting specifically A.A.V.B. For instance, the Águilas Negras pamphlet allegedley stated “death to the leaders [...] we swear on the fatherland that we will annihilate every leader [...] this is the first and only warning, human rights defenders [...] you are our military objective.” Besides these threats, members of the Movimiento Orientados have been insulted and harassed in different activities and events. The beneficiary also reported armed groups surveilling a sowing activity organised by the Movimiento Orientados. Even though these facts are under investigation by the authorities, A.A.V.B. has been forced to reduce his activities

When analysing the case, the Commission took into consideration the context of acts of violence carried out by non-state agents in these regions of Colombia that disproportionately affect farmers, indigenous people, Afro-descendants, as well as community leaders and human rights defenders. The Commission also has identified in the past that Afro-Colombians and human rights defenders in Colombia are groups subjected to greater vulnerability due to institutional and social discrimination.

Against this background, and considering the information provided by the applicant and the State, the Commission granted precautionary measures, requesting Colombia to adopt the necessary measures to protect the rights to life and personal integrity of A.A.V.B. and his family. Article 25 of the Commissions’ Rules of Procedure states that the Commission can request precautionary measures that concern serious and urgent situations that present a risk of irreparable harm. Specifically, the Commission requested Colombia to adopt protection measures to allow the beneficiary to continue his work as a human rights defender without being subjected to threats, harassment, or acts of violence.

Maharaj Pajan interview on the Kashmiri Pandits protest in The Hague.