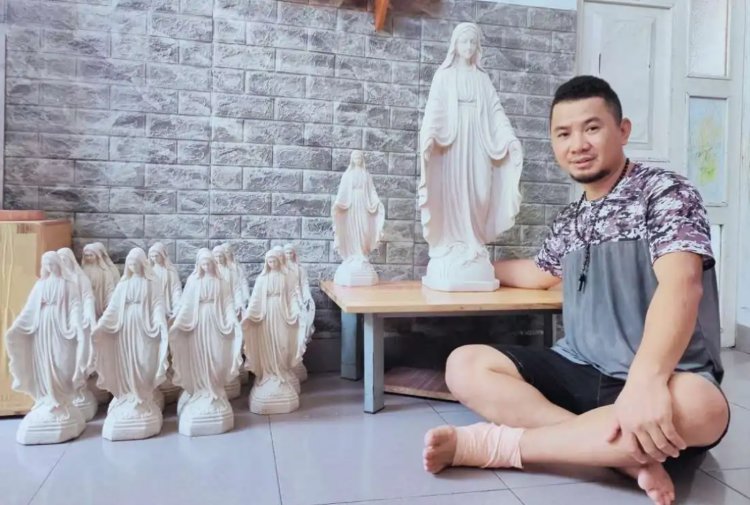 On Sept. 7, state-run Danang Newspaper reported that public security officers arrested Peter Bui Tuan Lam under Article 117 of the Penal Code which criminalizes the making, storing, and spreading of information and materials against the Socialist Republic of Vietnam.

The newspaper stated that Lam, 38-year-old activist, was charged with joining domestic civil society groups accused of fighting against the Communist Party and the government as well as reactionary groups abroad. He was also accused of posting messages, photos and videos on social media to distort the government's policies and insult government leaders.

Lam is a common man who earns his living by selling beef noodles and regularly provides free food for people in need and old soldiers who fought for former South Vietnam. As an active Catholic, he took courses in civil society and non-violent struggle and made positive contributions to the democratic movement in the country.

Lawyer Le Quoc Quan said that the detainee was arrested by a group of plainclothes officers soon after he left his brother’s house, while police surrounded his own house. Later police also searched his house. The dissident lawyer said last year the noodle seller was famous for his viral video in which he imitated the flamboyant moves of chef Nusret Gokce, or "Salt Bae," a few days after Vietnam's powerful Minister of Public Security To Lam was caught on camera eating gold-encrusted steak at the Turkish chef's London restaurant. Lam was summoned by police for the video but he denied mocking the minister over the steak.

Quan said his arrest is further proof of the government crackdown on patriotic citizens who are always awake to the nation's future.

A new symbol of resistance against oppression: The unprecedented wave of protests...

While Macron is in a quandary after losing an absolute...