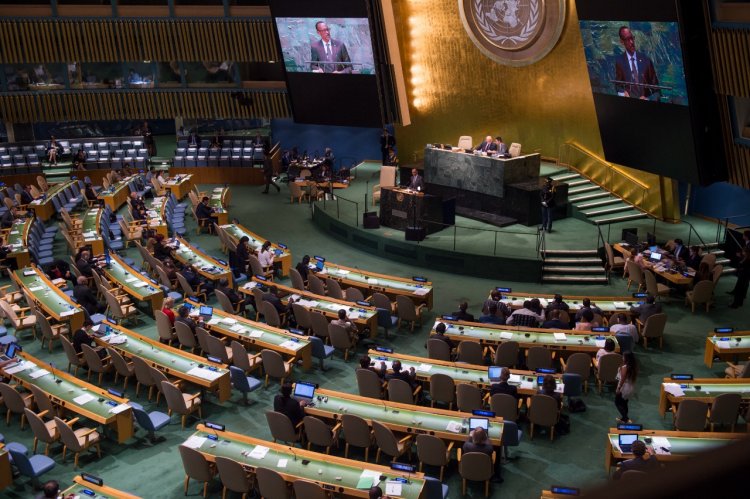 The 77th Session of the UN General Assembly in New York earlier this week saw Vietnam elected as one of the 14 countries that will hold a seat in the United Nations Human Rights Council for 2023-2025. However, for weeks leading up to the vote, Vietnam’s candidacy for the Council has been plagued with opposition from international human rights organisations and civil society alike, citing the Country’s continued repression of minority voices and human rights defenders as the main issue.

In an open letter to the Permanent Representative of Member States of the UN General Assembly published early in September, a coalition of civil society organizations referred to the State’s alleged harassment, violence and surveillance of environmental defenders, their arbitrary arrests and subsequent harsh sentences imposed on journalists exposing human rights violations as well as the State’s restriction of freedom of expression and religion towards independent monasteries and churches in urging delegations to refrain casting their votes in favour of Vietnam. The Coalition also noted that the State has repeatedly denied detained human rights defenders access to attorneys and family visitations as well as other rights relating to a free and impartial trial. Vietnam's record of cooperation with the Council itself was also called into question by the Coalition due to the fact that the State has refused visit requests from a number of Special Procedures mandate holders, namely the Special Rapporteur (“SR”) on human rights defenders, the SR on freedom of assembly, the SR on freedom of expression and the SR on torture, and has even interfered with the country visit of the SR on freedom of religion by harassing and intimidating people he intends to meet. In their joint statement, Amnesty International, Article 19, Human Rights Watch and the International Commission of Jurists echo the Coalition’s message, calling on Vietnam to “immediately commit to taking concrete steps to improve its human rights performance, including by releasing arbitrarily detained human rights defenders, including journalists, ensuring the rights to freedom of expression and association, and improving cooperation with international human rights mechanisms.”

This opposition of course did not go unnoticed by the government. Voice of Vietnam, a national radio broadcaster directly controlled by the government have called these open letters part of “sabotage activities led by [...] organisations, who ultimately aim to oppose the State of Vietnam and discrediting the nation.”

International Courts in the Hague Open Their Doors in Celebration of Just Peace...

Right to Water Under Threat in Tibet due to Global Warming...

About half of Nepal’s voters will not be able to cast their...