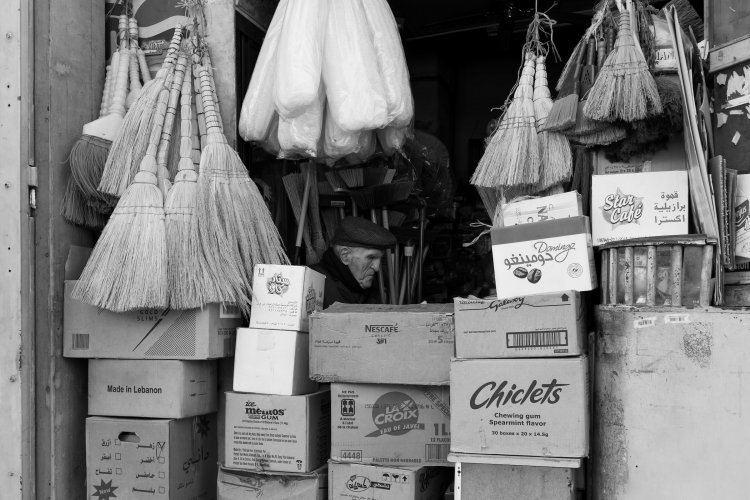 Photo by Maxime Guy via Unsplash

The United States Agency for International Development’s (USAID) Administrator, Samantha Power, visited Lebanon from November 8-10, 2022, to scope out the situation. Upon arrival, her first visit was to the National Museum of Beirut to discover the efforts taken to preserve Lebanon’s cultural antiquities. The second point on her agenda was a meeting with the International Monetary Fund, the World Bank, and the United Nations (UN) to discuss the challenges Lebanon is facing, such as the recent cholera outbreak, [1] food insecurity, economic crisis, among others. [2]

On her second day, her journey began in West Beqaa, where she met with dairy farmers and fodder planters to discuss the USAID’s agricultural sector support. She highlighted the effects that Russia’s occupation of parts of Ukraine has on agricultural imports, such as seeds and fertilizers, that are essential to Lebanon’s farming and food strategy. In Majdel Anjar, Power visited a USAID-funded solar-powered water pumping station which provides water to thousands of residents, amidst the rising costs of fuel. Administrator Power pledged financial support for 22 similar projects to come. [3]

In West Beqaa, she met with a Lebanese family that receives USAID-supported food assistance to understand the local situation and struggles of parents to provide for their children. In Beirut, Administrator Power then met with a Syrian refugee to discuss their difficulties. She reiterated U.S. support for the rights of refugees in Lebanon, and thanked Lebanon for hosting them. On-top of the current financial support for food assistance programs, she announced that through the USAID, the U.S. will provide additional $72 million for food assistance for more than 650,000 people in Lebanon, including refugees of all nationalities. Food assistance will be coordinated with the UN World Food Programme, to locally distribute food parcels and vouchers. [4] Her second day concluded with a dinner with local business leaders that encourage private sector growth and new employment opportunities, and discussed reforms and future steps critical for Lebanon’s economic recovery. [5]

On her third and last day, she visited the U.S. Embassy and local USAID staff, whom she thanked for their efforts in various capacities, such as the finalization of the Israel-Lebanon maritime border agreement. She then proceeded to the American University of Beirut (AUB) to meet with AUB and Lebanese American University (LAU) students who received financial support to complete their studies. Administrator Power gave the students an encouraging speech about the potential they have to change Lebanon’s future. [6] On-top of the current higher education support, she announced that the U.S. will provide an additional $50 million for scholarships and other financial assistance for the AUB, LAU, and Notre Dam University-Louaize. [7]

Administrator Power met with Prime Minister, Najib Mikati, and Speaker of Parliament, Nabih Berri, to discuss their bilateral relations. She urged them to resolve the economic crisis and enact economic reforms, and elect a President and subsequently, form a Cabinet as soon as possible. [8]

Her final stop was the Port of Beirut, where the August 4, 2020, Beirut explosion killed 218 people and destroyed Beirut’s infrastructure, and of which the investigation into who is responsible and to be held accountable is ongoing. [9] She watched as ships unloaded critically-needed grain from Ukraine, one of Lebanon’s main grain suppliers. Lebanon’s grain silos were damaged in the Beirut blast which already lead to an increase in bread prices, and the Russian invasion of Ukraine shot the prices through the roof. [10]

The USAID’s Administrator, Samantha Power, then departed for Sharm el-Sheikh, Egypt, where she will attend the 27th UN Climate Change Conference for the Parties (COP27). [11]

Right to housing violated in Myanmar