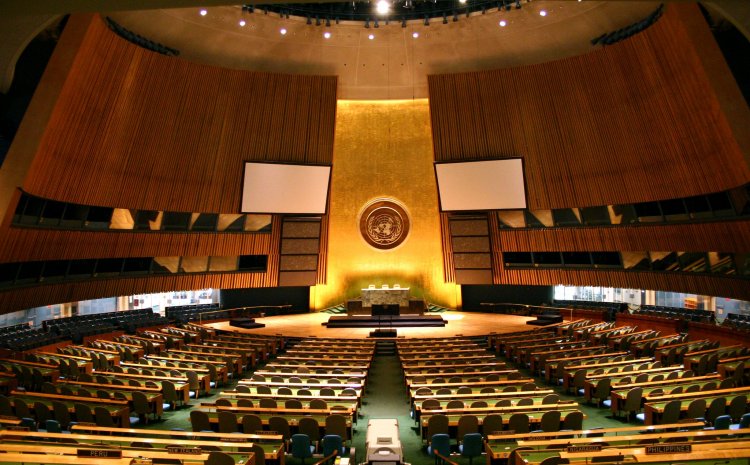 “that the Russian Federation immediately, completely and unconditionally withdraw all of its military forces from the territory of Ukraine within its internationally recognized borders [… and…] reverse the decision related to the status of certain areas of the Donetsk and Luhansk regions of Ukraine”.

The adoption of this Resolution is another condemnation of Russia’s unlawful use of force in the territory of Ukraine. The General Assembly’s President, Abdulla Shahid, commented to the media that the Resolution “reflects the international community’s grave concerns about the ongoing situation in Ukraine and reiterates the call for an immediate ceasefire”.  The Secretary-General of the United Nations, António Guterres, described the situation as “the ticking clock is a time bomb” and stated that “as bad as the situation is for the people in Ukraine right now, it threatens to get much, much worse”.

Since the 24th of February 2022, the Russian Federation has not ceased its unlawful use of force on the sovereign territory of Ukraine. Despite Russia being in complete breach of international law and the international calls for Russia to stop its invasion of Ukraine, Russian military troops are still advancing within Ukraine.

“Work-life balance as a leverage for women’s empowerment...

African Court on Human and Peoples Rights Judgment on Tanzania’s...

Six new judges of the International Criminal Court were...