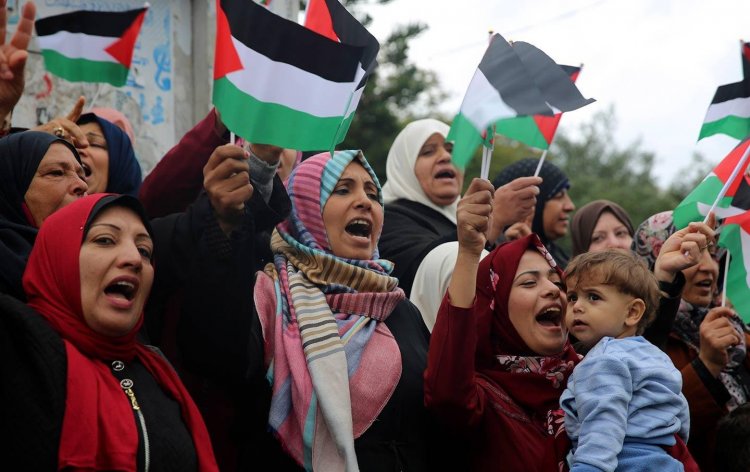 On 2 June 2021, a UN Human Rights expert criticized the extreme-right vigilante groups in Israel against Palestinian minorities that live in the country and urged Israel to fully and equally protect all of its citizens without discrimination. Currently, Palestinian people represent approximately 20% of the population of Israel and suffer discrimination in several areas. The Special Rapporteur on Minority Issues, Fernand de Varennes, commented that the attacks take many forms. There have been numerous demonstrations of violence by law enforcement officials during protests in recent weeks, including in Sheikh Jarrah, Damascus Gate and the Al-Aqsa mosque, which resulted in the worst cases of violence against Palestinian citizens of Israel. Moreover, there have also been constant aggressions online. The UN Special Rapporteur said that "these attacks have been shared on social media and such platforms appear to have been used by extreme right-wing groups to advocate hatred that constitutes incitement to violence with impunity to gather people to bring their weapons and attack Palestinians.". In that sense, the UN expert urged the Government of Israel to firmly condemn all acts of violence, hatred and discrimination against Palestinian citizens of Israel. For further information, please visit: https://www.ohchr.org/EN/NewsEvents/Pages/DisplayNews.aspx?NewsID=27129&LangID=E