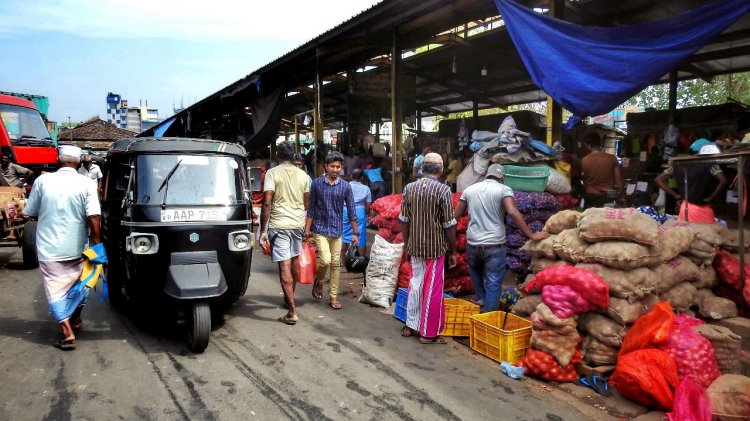 On November 8, 2022, UN agencies in Sri Lanka issued a joint statement saying that “$70m in aid was needed to feed those in need, in addition to the $79m already issued for emergency food relief.” (UN News, 2022a) Sri Lanka defaulted on its international debt for the first time ever in April 2022, and declared itself bankrupt in July amidst its worst economic crisis since its independence from Britain in 1948. (Al Jazeera, 2022) The statement said that the number of people in need of urgent humanitarian aid has doubled since June, from 1.4  to 3.4 million. (UN News, 2022)

“Food insecurity in Sri Lanka has increased dramatically due to two consecutive seasons of poor harvests, foreign exchange shortages, and reduced household purchasing power,” UN agencies stated.  (UN News, 2022a) They aim to feed 2,1 million people, including pregnant women who are particularly vulnerable and face increased difficulty in accessing care. (UN News 2022b)  The UN has warned that the food crisis could continue to worsen as the economic crisis persists in Sri Lanka. (UN News, 2022a)

The economic crisis affects the access to food and healthcare, which are both rights protected under Articles 11 and 12 of the International Covenant on Economic, Social and Cultural Rights (CESCR) ratified by Sri Lanka in 1980. (UN Human Rights Treaty Bodies, n.d) They recognise “the right of everyone to an adequate standard of living for himself and his family, including adequate food” (Article 11) and “the right of everyone to the enjoyment of the highest attainable standard of physical and mental health.” (12). Article 12(a) also includes “the provision for the reduction of stillbirth-rate and of infant mortality.” (UN Human Rights, 1976)

According to the UN, the food security crisis has affected millions of Sri Lankans and is expected to worsen, (UN News, 2022a) which is a violation of the right to adequate standards of living and food as stated by the CESCR (UN Human Rights, 1976), which Sri Lanka abides by. According to Kunle Adeniyi, UN Population Fund Country Representative in Sri Lanka, UN agencies have had “severe difficulties in sustaining vital mother-and-baby outreach activities to remote communities because of the fuel crisis”. “Families are deprioritising health because they cannot also get to health facilities” due to the economic crisis. This increases the vulnerability of pregnant women leading to higher rates of infant mortality, while the general population struggles to access healthcare. (UN News, 2022b)  This is in violation of article 12 of the CESCR. (UN Human Rights, 1976) UN agencies in Sri Lanka expect to increase crisis-relief actions and humanitarian aid in support of the population. (UN News, 2022a)