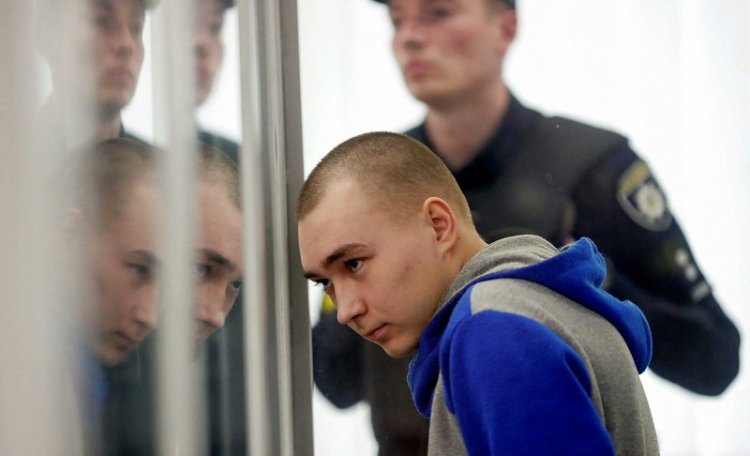 Three months after the commencement of the Russian military invasion of Ukraine, Ukrainian justice has held its first war crimes trial. A 21-year-old Russian soldier pleaded guilty to killing an unarmed civilian in Ukraine. Thereupon, on Monday, 23 May, the Kyiv court delivered its first verdict, sentencing the soldier to a maximum sentence equivalent to life imprisonment.

JusticeInfo quoted the main points of the judgement as follows: “The court has found that Vadim Shishimarin is guilty and sentences him to life imprisonment” judge Sergiy Agafonov said this Monday 23 May. Shishimarin, a Russian sergeant, admitted earlier in court to killing 62-year-old Oleksandr Shelipov in the first days of the Kremlin’s offensive in north-east Ukraine. He was also found guilty of premeditated murder. “The murder was committed with direct intent,” judge Agafonov said and “Shishimarin violated the laws and customs of war.”

Viktor Ovsyannikov, lawyer for the convicted man, said that he would appeal the verdict and that pressure from society can be felt on the court's decision. On its side , the Kremlin expressed its concern about the fate of Shishimarin. Finally, Shishimarin made sure to apologise and asked Shelipov's widow for forgiveness.

New Action Plan for the Protection of Children in Yemen