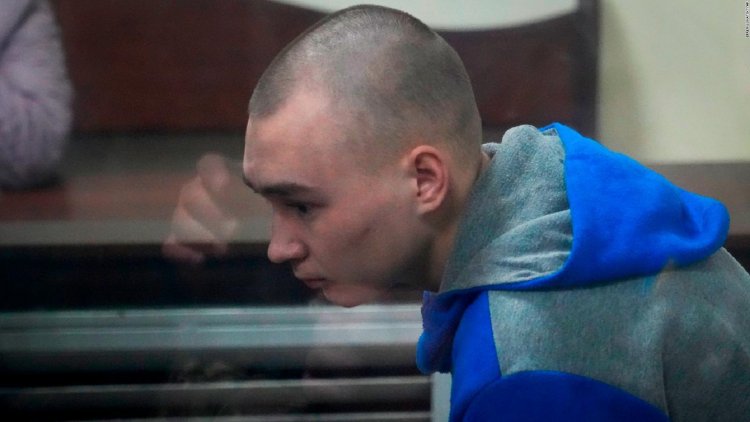 On Monday, a Ukrainian court found a Russian soldier guilty of war crimes and he received a life sentence. This is Ukraine’s first war crimes trial since the start of the Russian invasion, but certainly not the last. Around 13,000 investigations into possible war crimes are ongoing.

The defendant, 21-year-old sergeant Vadim Shishimarin, had pleaded guilty to killing a 62-year-old unarmed Ukrainian civilian in the Sumy region. Although Shishimarin argued he was merely following orders to shoot the man since he was using a cellphone, the judges found that he committed premeditated murder.

The trial took place in a civilian court rather than a military court, the practice of which Ukraine abolished in 2010. Trials in a civilian court during ongoing hostilities are highly unusual, and questions have arisen regarding the appropriateness of these trials. [1] In practice, however, the trials were possible owing to Ukraine’s national criminal code, which includes rules on conduct during war, and the absence of prohibitions in international law of such war crime trials.

Goldman, R. (2022, May 23). War crimes trial of Russian soldier was perfectly legal - but that doesn’t make it wise. https://theconversation.com/war-crimes-trial-of-russian-soldier-was-perfectly-legal-but-that-doesnt-make-it-wise-183586

International Residual Mechanism for Criminal Tribunals: Confirmation of the Death...

Statement by Marija Pejčinović Burić during her visit to...