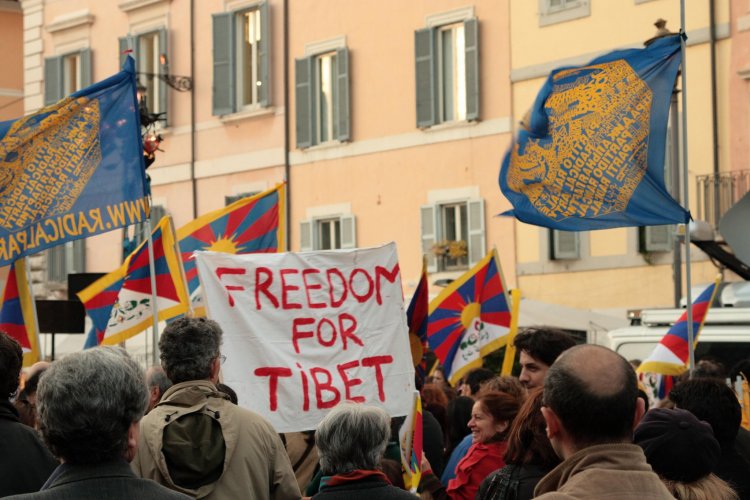 Freedom for Tibet by dumplife (Mihai Romanciuc) on Flickr in 2008

Two Tibetan land-rights activists were released this week after three years of incarceration. When the activists were handed prison terms in April 2019, the latter was based on them running an “illegal organization” while also accusing them of “gathering people to disturb social order.” Four others, jailed on the same charges, were also released earlier this year.  The men were confined in a prison in Rebgong and were denied visits from their family and friends while they were held in custody.

Through such practices, China is seen to violate international human rights law on numerous occasions. Article 1 of the International Covenant on Economic, Social and Cultural Rights (ICESCR) states that all peoples have the right to freely pursue their social and cultural development. Disallowing the local population from displaying their gratitude regarding the return of the two land-rights activists is seen to violate article 1 of the ICESCR as they are denied the possibility of pursuing their social and cultural development through celebrating the return of political activists.

In addition, 12 of the Universal Declaration of Human Rights (UDHR) stipulates that no individual nor the State will interfere with the privacy and home of any individual. In this regard, the surveillance of the men by Chinese authorities blatantly violates that right to privacy as their very movements are monitored.

International Court of Justice: Declaration of Jurisdiction under the Convention...

Greece held responsible for the sinking of migrant boats by the European Court of...