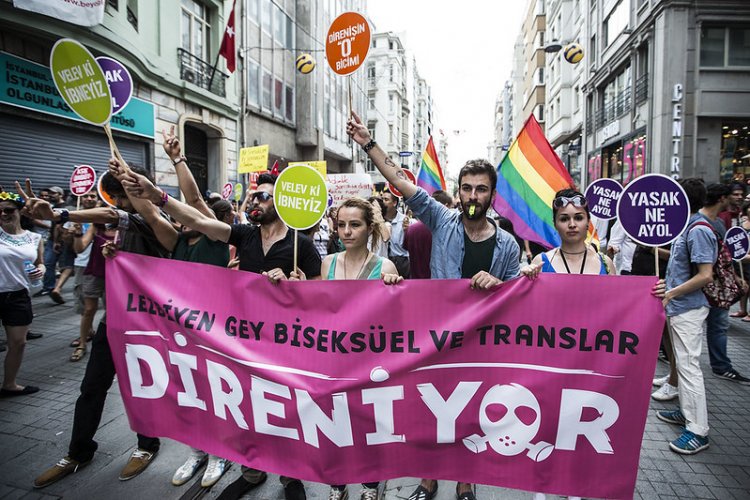 On Sunday, June 26th, 2022, dozens of people were arrested in Istanbul by the Turkish police after they dismantled the Pride march in the city centre, which was banned by Turkish district governors for security reasons. Istanbul has outlawed the march since 2015, but protesters, activists and members of the LGBTQ+ community gather every year to celebrate the ending of Pride Month, calling the ban unlawful.

Police arrested the demonstrators, beating them and confining them onto buses. Journalists from Agence France-Presse (AFP) witnessed four buses full of arrested people. AFP photographer Bulent Kilic was also arrested after being handcuffed from the back. Organizers reported that more than 200 people attending the Pride and LGBTQ+ advocates had been detained and police officers had refused the detainees access to their attorneys, depriving them of a fundamental right. Kaos GL, a leading Turkish association for LGBTQ+ rights, declared that the people arrested on Sunday were released after a few hours, following testimony to police and health control.

On Sunday the historic Taksim Square in Istanbul, where the Pride marches took place until 2014 was completely shut down. Bars, pubs, restaurants and clubs have also been barred by the Turkish authorities, to suppress the parade while discouraging any kind of socializing activity of the LGBTQ+ community. Homosexuality has indeed been legitimized throughout the modern Turkish republic. However, the LGBTQ+ community claims that harassment and abuse of them are regular. Dunja Mijatovic, Commissioner for Human Rights of the Council of Europe, asked the Turkish authorities to allow the demonstration while ensuring the security of the protesters. She declared that “The human rights of LGBTI people in Turkey need to be effectively protected” (Le Monde, 2022) thus allowing the LGBTQ+ community, activists and demonstrators to enjoy the inalienable right to express themselves.

More and More Japanese Schools are Supporting and Helping...