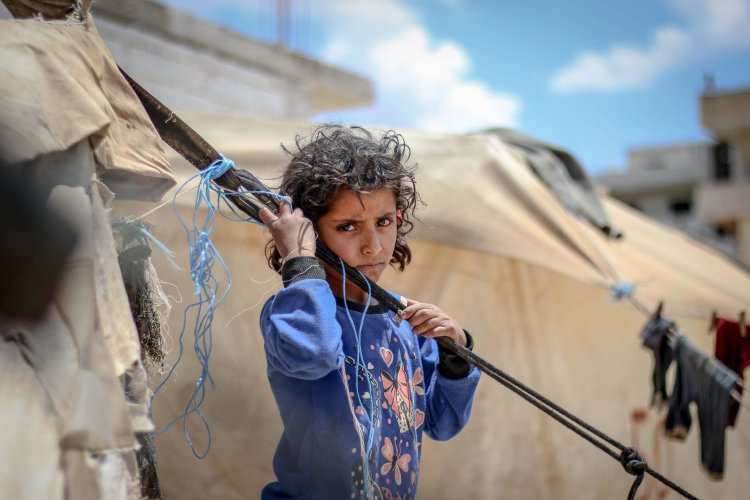 A shocking investigation by the BBC has found that social media giant TikTok is directly profiting from donations sent to Syrian refugees begging on the popular platform.

Over recent months, users’ feeds have seen displaced children and families in Syria begging for gifts (TikTok’s payment method) on TikTok live, which can then be converted into money. However, TikTok has been found to take up to 70% of the gift value generated. Further percentages of the money donated to these refugees has also been taken by other stakeholders in this practice; less than 18% of the total value of donations via TikTok live was received by the refugees themselves.

The uncovering of the structure behind such practices by this investigation has raised serious questions around exploitation. The BBC found that ‘TikTok middlemen’, operating in refugee camps in Syria, work with agencies affiliated to TikTok in China and the Middle East. These agencies are part of TikTok’s strategy to boost time spent on the app by recruiting livestreamers. They are contracted by the company to help to improve the quality of livestreams and receive a commission from TikTok based on the duration of livestreams and the value of gifts received by streamers. The TikTok middlemen provide equipment for refugees to go live and beg for gifts, often for hours at a time, then convert the donations made by viewers into money at a local money exchange shop. During this process TikTok, the money exchange shop, and the TikTok middleman all take a commission from the donations received from the livestream. During their investigation the BBC found that of a $109 donation, TikTok took nearly 70% of this, whilst the money exchange shop took 10% of the remaining amount, and the middleman took 35% of the amount received from the money exchange shop. All in all, a mere $19 – less than 18% of the original donation – reached the intended recipients of the donation: the refugees.

TikTok’s own policies explicitly safeguard children against exploitation. Yet when the BBC used the in-app feature to report 30 accounts in which such livestreams were taking place, TikTok found that none of their policies had been violated. Strangely, however, when the BBC approached the company for a comment on their investigation, all of the previously reported accounts were banned from the platform.

It is clear that TikTok’s global strategy to encourage more hours to be spent on their app has, in fact, encouraged the exploitation of refugee families in Syria. The rights of refugees and children were seemingly not adequately protected by the social media giant until very recently. Time will tell whether they will fulfil their obligations to do so in the future.

International Courts in the Hague Open Their Doors in Celebration of Just Peace...

At least 8 dead and concern for political prisoners in Iran after fire breaks out...