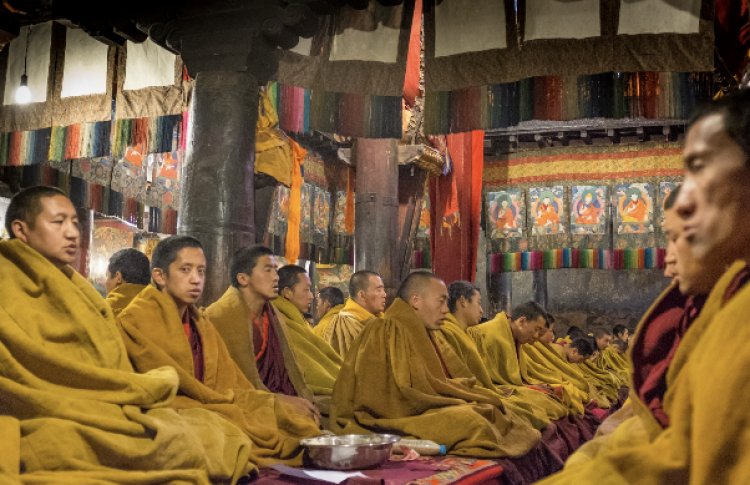 China jailed Rachung Gendun, a Tibetan monk of the Kirti monastery in Sichuan province. He was jailed for having sent religious offering money to the Dalai Lama living in exile in Dharamsala, India. The monastic discipline master, Sonam Gyatso of the same monastery was arrested before Rachung Gendun for the same practices.

Rachung Gendun is a vocal opponent to the Chinese government’s “patriotic education” campaign which had led to his previous detention. Both Rachung Gendun and Sonam Gyatso are currently held in incommunicado detention in Mianyang prison near Chengdu, the capital of Sichuan province. The detention of these two men violate international human rights law on numerous accounts.

Article 9 of the Universal Declaration of Human Rights (UDHR) stipulates that no one shall be subjected to arbitrary detention, reiterating that all individuals that are being detained must have such deprivation of liberty be justified on legal grounds and must have resort to fair trial in due process. The right to due process is also seen to be violated as the men have not been given a fair and public trial (article 3 of the UDHR) before a competent tribunal, nor have they been given the right to be heard on their own defense.

Lastly, incommunicado detention occurs when an individual is denied correspondence with anyone outside of the center and their family, loved ones and acquaintances are not given information about the individual’s whereabouts and well-being, and visits are disallowed. Such treatment not only violates the right to correspondence under article 12 of the UDHR, but it also amounts to torture due to the psychological suffering such treatment causes. Indeed, in the ruling Francisco Larez v Bolivarian Republic of Venezuela, the Committee Against Torture stipulates that incommunicado detention in itself constitutes a form of torture within the meaning of article 1 of the Convention Against torture (Francisco Larez v. Bolivarian Republic of Venezuela, pp. 6.4). According to the Committee, the suffering caused by incommunicado detention amounts to torture due to the severe stress and cruel treatment endured by the detainee.

In this regard, China is seen to violate articles 9, 3 and 12 of the UDHR as well as article 1 of the UNCAT, a jus cogens principle.

Bulgaria Files Declaration of Intervention at ICJ in Allegations...

Two Years of Conflict in the Tigray Region of Ethiopia...