Tibetan Man Arrested for Possessing Photos of the Dalai Lama 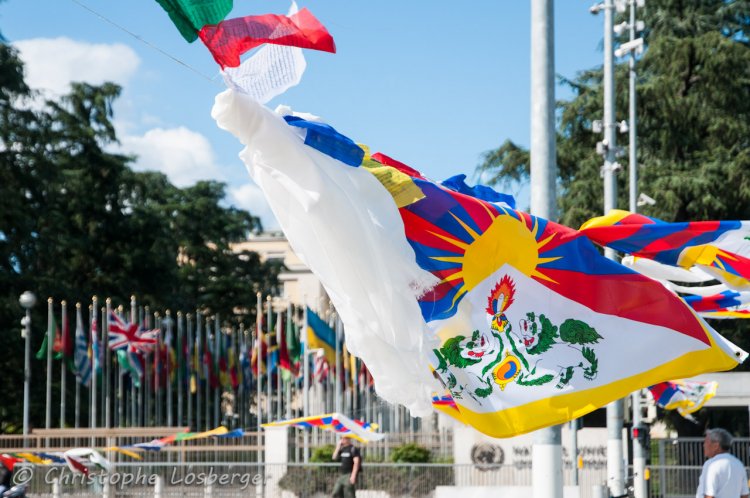 Karma Samdup, a Tibetan man from the Senye Township in Nagchu, was arrested for possessing a photo of the Dalai Lama earlier this month. He was found to possess a photo of the spiritual leader around his neck and hanging in his car. As he was arrested, his photos were forcibly taken away. His whereabouts remain unknown.

Under Chinese occupation and under the Strike Hard Campaign in Tibet, being found in possession of photos of the Dalai Lama is considered as participating in seperatist activities and positioning oneself as anti-China.

Article 9 of the Universal Declaration of Human Rights, ratified by China, stipulates that no one shall be subjected to arbitrary detention, reiterating that all individuals that are being detained must have such deprivation of liberty be justified on legal grounds and must have resort to fair trial in due process.

Article 12 of the same declaration also writes that no individual nor State shall interfere with the privacy and home of any individual. The State has no right to search an individual’s possession without legal justification for the latter.

In addition, article 1 of the International Covenant on Economic, Social and Cultural Rights (ICESCR) states that all peoples have the right to freely pursue their social and cultural development. Through this right, all people can express, demonstrate and pursue their cultural heritage and religious faith in the way they want to and in the way they feel comfortable with.

In this regard, China is seen to violate 19 of the UDHR and article 1 of the ICESCR  as it has detained Karma Samdup for expressing his faith. This detention is therefore seen as unlawful as it violated article 19 of the UDHR, therefore also violating article 9 that guarantees that no one shall be arbitrarily deprived of their liberty. Article 12 is also violated as the Chinese authorities have interfered with Karma Samdup’s privacy, both through taking away his possessions and for searching his car to find photos of the Dalai Lama. Article 2(2) of the ICESCR is also violated as the Chinese Strike Hard Campaign in Tibet is only targeting the Tibetan population who celebrate their cultural and religious heritage.

People’s Tribunal on the Murder of Journalists Will Try...

The European Human Rights chief urges the UK to not extradite...