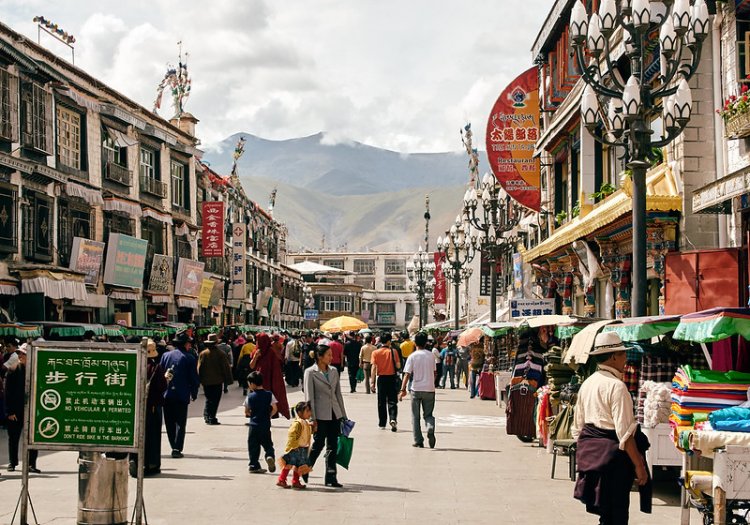 A Tibetan entrepreneur and philanthropist named Tenzin Choephel was sentenced to 18 years in prison on false accusations, particularly for “inciting separatism” in Tarchen Township, Sernye district in Nagchu city. The news was reported by the Dharamshala-based research group Tibetan Centre for Human Rights and Democracy (TCHRD) stating that the verdict was announced on May 24, 2019, sentencing him to 18 years of fixed imprisonment besides five years of deprivation of political rights for various alleged crimes.

The charges included “illegally sending intelligence overseas” and “financing activities that endangered state security”, which were included in the heavy sentence. Alongside accusations of these vague crimes, Chinese authorities seized all his personal properties. Following the verdict, Choephel’s family appealed to overturn the sentence that was rejected by the TAR Higher People’s Court in October 2019. According to TCHRD, the right to appeal is just a vague mechanism with no actual effects. On March 30, 2018, when he was first arrested, Choephel was held incommunicado for over a year, and he is now serving the sentence in Chushur prison in Lhasa.

In May 2020, TCHRD reported that Tenzin Choephel was subjected to enforced disappearance following his arbitrary detention from Gongkar airport in Lhasa when he had just returned from a business trip to Chengdu. Choephel has long advocated for safeguarding Tibetan culture and environment, fostering unity among Tibetans, and several philanthropic activities to help the poor and needy in the community with his own money. Following his arrest, the police allegedly found banned photos of exiled leader His Holiness the Dalai Lama amidst other “political literature”.

Sources close to TCHRD confirmed that at least 600 Tibetans have been imprisoned in Chushur Prison since the crackdown began in 2013. “Chinese authorities must put an immediate halt to its long- running campaign of political persecution under which prominent and influential Tibetans are targeted for merely promoting and protecting the best interests of their people and community. The unjust imprisonment of Tibetans like Mr Tenzin Choephel is not just a travesty of justice but also part of a well-orchestrated plan to annihilate all forms of peaceful dissent against human rights abuses, political repression and crimes against humanity perpetrated by the Chinese party-state”, commented Tsering Tsomo, TCHRD executive director.

Moreover, Tsomo called upon “the international community including democratic governments, the United Nations, human rights organisations, and civil society actors to pressure the Chinese government to immediately and unconditionally release Mr Tenzin Choephel and all other Tibetans unjustly subjected to arbitrary detention; provide full and unfettered access to international observers to conduct a thorough and independent investigation into the human rights situation in Tibet; repeal all legislations, policies and practices that enable extrajudicial killings, arbitrary detention, and torture; and comply with obligations to protect, promote and fulfil human rights pursuant to its ratification of major human rights treaties”.

Greece held responsible for the sinking of migrant boats by the European Court of...

Colombia: The Special Peace Tribunal Has Charged 19 Soldiers with War Crimes and...