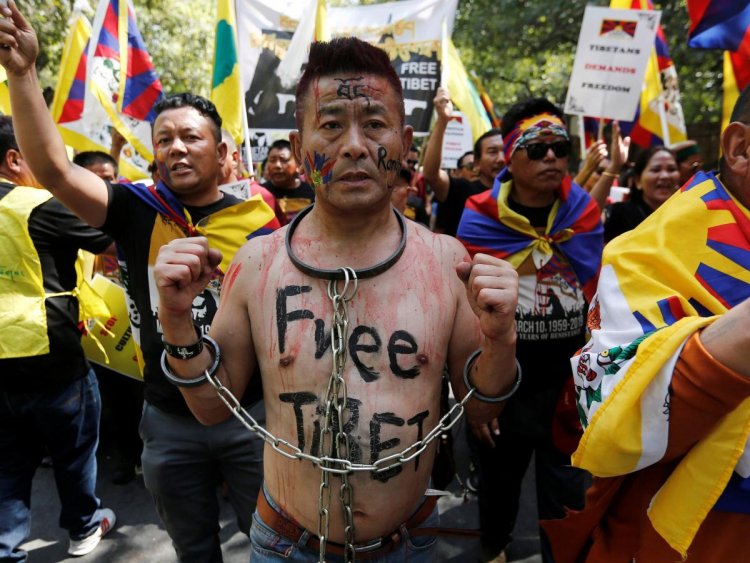 Tibetan activists across the globe continue to boycott the 2022 Beijing Olympics to shed light on the fact that the International Olympic Committee (IOC) is allowing an authoritarian regime to host their next event (Dolma, 2021). On December 4th, 2021, two months before the start of the event, the Sonamling Tibetan Settlement Freedom Support Group organized a motorcycle rally on the world’s highest motorable road, located on the border between Tibet and India. The rally between the towns of Leh and Ladakh, attracted 17 activists, including six bike riders, carrying banners and placards with a clear message: “Boycott Beijing 2022”, “No Rights, No Games”, “No More Games in CCP ruling country”, “Tibet is Not Part of China”, “China, End the Occupation in Tibet” and “Thank You, Enes Kanter Freedom” (Dolma, 2021). All strongly refer to the human rights violations occurring at the hands of the Chinese government, with one of the activists, Dawa Dolma, emphasising that China has become the least free country, with the worst record of human rights violations. The activists demonstrate their anger against the IOC in granting Beijing the rights to host the event while extending their gratitude to Enes Kanter Freedom, a famous basketball player in the United States, for speaking out against the human rights violations in Tibet.

The Winter Olympics games are set to begin in February 2022, with the IOC showing no sign of adjustments to the activists' demands.

Over 1,800 Tibetans Reported to be Detained in Chinese Prisons

High-tech Surveillance on Tibetan Prisoners upon Their...

China Removes the Histories and Memories of a Popular Tibetan...