The Ukrainian justice system announces the opening of the first trial of a Russian soldier for war crimes. 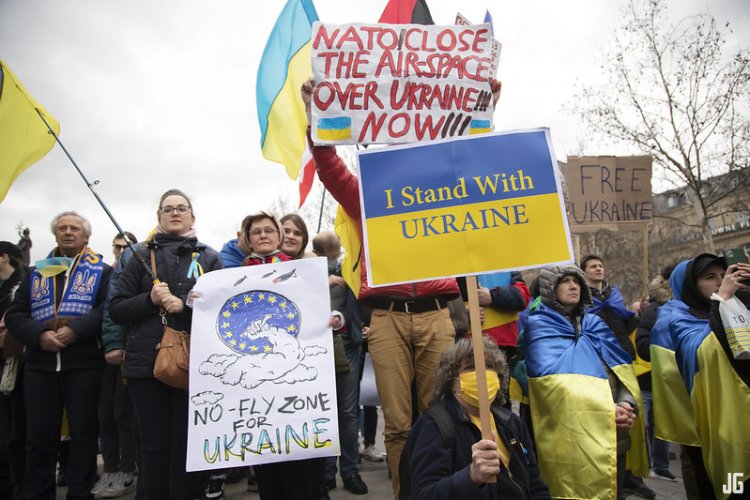 Photo by Julien Gate via flickr.com

An article in the Washington Post published on 11 May 2022 said the Ukraine’s prosecutor general stated on Wednesday that the country would try a 21-year-old Russian soldier who is in custody, adding that he would be the first Russian service member to stand trial there on a war crimes charge in the 11-week conflict.

Vadim Shishimarin, a Russian soldier in custody, is accused and prosecuted of firing several shots from a car, killing an unarmed Ukrainian civilian by shooting him in the head in Sumy in north-eastern Ukraine on 28 February 2022. The statement from the Ukrainian prosecutor's office said there was evidence of the soldier's involvement, describing him as a responsible “in violation of the laws and customs of war combined with premeditated murder,” and that the crime can carry a penalty of 10 to 15 years or life in prison.

"Shishimarin is actually physically in Ukraine," Iryna Venediktova, the prosecutor general, told the Ukrainian public broadcaster and "We are starting a trial not in absentia but directly with the person who killed a civilian, and this is a war crime," as reported by the Washington Post.

The UN Committee on the Rights of the Children Sets Extraterritorial...

Infamous ‘Abu Zubaydah case’ is Heard at the United States...

Opening for signature of the second additional protocol...

The IACHR Grants Precautionary Measures in Favor of Opponents...

ICTY is prepared to hand down a verdict against the Genocide...