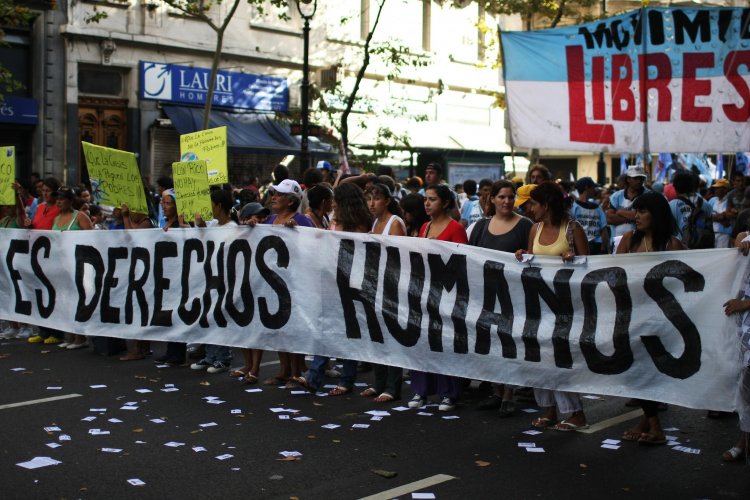 Last week, the City Mayor of Buenos Aires, Horacio Rodríguez Larreta, banned the use of inclusive Spanish language in schools across the capital. This means the prohibition of certain words from ending with “e”, “@” and “x”, which has become a form of expression widely accepted and used by young people in the fight against conservative and misogynistic tendencies.

Buenos Aires’ Department of Education gave an official statement declaring that “the rule is based on the premise that the Spanish language offers several options to communicate in an inclusive way without the need to misrepresent it”, and that the measure is only applied to the content that teachers dictate in class, as well as to the materials given to students in educational establishments. The city’s Education Secretary, Soledad Acuña, affirmed that they understand the language is not neutral but “the incorrect use of the Spanish language causes children to have obstacles”. In the same sense, a member of the Argentine Academy of Letters, Santiago Kalinowski, stated that inclusive language does not have an academic purpose, but rather is a “rhetorical phenomenon that has political action”.

The measure adopted was received with much criticism. The Union of Education Workers of Argentina asserted that the decision leads to further discrimination against groups that do not identify with one gender or another. They further contended that “denying language to trans and non-binary children and adolescents constitutes an attack on the right to identity”. Furthermore, student centres already warned that this measure clashes with Comprehensive Sex Education and opposes the Gender Identity Law of 2012. The National Education Minister, Jaime Perczyk, has also disagreed with the decision taken by the capital, affirming that “it is necessary to improve levels but the way is not to ban it”.

According to Mayor Rodríguez Larreta, the measure is a response to the poor results in language teaching illustrated in recent testing in educational institutions. However, they do not take into consideration that using gender-neutral language is a really simple and positive way to make sure everyone feels welcome and included.

A likely increase in child labour and their vulnerable...

Man Arrested for Abusing His Baby to Death as Abuse Cases...

The continued recruitment of child soldiers in Yemen despite...