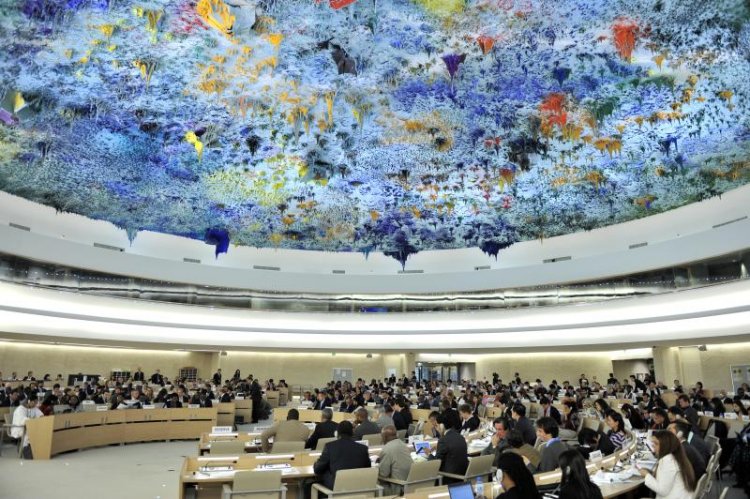 The UPR is a process where 47 UNHRC member states will evaluate and recommend ways to address various human rights issues currently happening in a country. The Philippines last underwent the UPR in 2017 at the start of Duterte’s administration.

Member states were especially concerned with the grave violations committed throughout the country’s war on drugs that was waged under Duterte’s administration. At least 25 countries, including Australia, Canada, the United Kingdom, France, and Germany called on the government to investigate all extrajudicial killings carried out under the drug war and urged the country to utilize a human rights-based approach to its drug problem.

The government has admitted that there are at least 6,252 individuals who were killed in police anti-drug operations between July 2016 and May 31, 2022. However, if we include the victims who were killed at the hands of vigilantes, human rights groups estimate the numbers to be between 27,000 to 30,000 people. Out of those numbers, only the case of 17-year-old Kian delos Santo who was murdered by 3 police officers actually led to a conviction thus far.

Countries such as Austria, France, Ireland, and Portugal also urged the country to rejoin and cooperate with the International Criminal Court’s probe of the alleged crimes against humanity committed during the drug war. In 2018, Duterte’s administration announced the Philippines’ withdrawal from the Rome Statute in retaliation to the ongoing proceedings against his war on drugs. ICC prosecutor Karim Khan has been pushing for its resumption, stating that the Philippine government has failed to demonstrate that it has sufficiently investigated killings in police operations. Unfortunately, the country has continued to resist the probe, arguing against the court’s jurisdiction and the gravity of the alleged crimes, as well as insisting that country the complaints are already being investigated by local agencies.

These recommendations were made following the publication of the UNHRC’s concluding observations report on the Philippines earlier this month (03.11.2022) which aside from the drug war was also concerned about the situation of journalists and human rights defenders in the country.

In particular, the report criticized the country’s use of the Anti-Terrorism Act 2020  to “legitimize the targeting of government critics, human rights defenders and journalists, including through ‘red-tagging.’” The rights group Karapatan reported that in the past six years, at least 1,161 activists have been arrested and detained.

This concern was further emphasised by the UNHRC member states during the session on Monday (14.11.2022). At least 27 countries have urged the current government to carry out legislations and measures to protect civil society, including implementing the long-awaited Human Rights Defenders Protection Act, ratifying the Convention for the Protection of All Persons from Enforced Disappearance, the amendment of the anti-terror law, and the decriminalization of libel in the Philippines.

Several prominent figures in the country seemed to disagree with the Council’s perception that the government has been silent in regards to the reported human rights violations. Senate President Juan Miguel Zubiri has called UNHRC’s evaluation of the country's efforts against said violations "unfair" and hypocritical, arguing in particular that the drug war is already a thing of the past as President Ferdinand Marcos Jr. has already stated that he will apply “maximum tolerance” on drug offenders.

Similarly, Teresita Diaz, a spokesperson of the Department of Foreign Affairs (DFA), stressed that the current government has made very clear pronouncements about the seriousness of its human rights obligations and that reforms are already being done by the Philippine government to address the country's narcotics problem.

The sentiment was repeated again by Justice Secretary Jesus Crispin C. Remulla who told the council in Geneva on Wednesday that “the government is already working, and in many cases, even going beyond the accepted recommendations.”

The Philippines have since accepted 200 recommendations of the UNHRC, which include investigations towards the extrajudicial killings as well as extralegal killings and the protection of journalists.

The Fight for Survival – The Plight of People with Albinism...