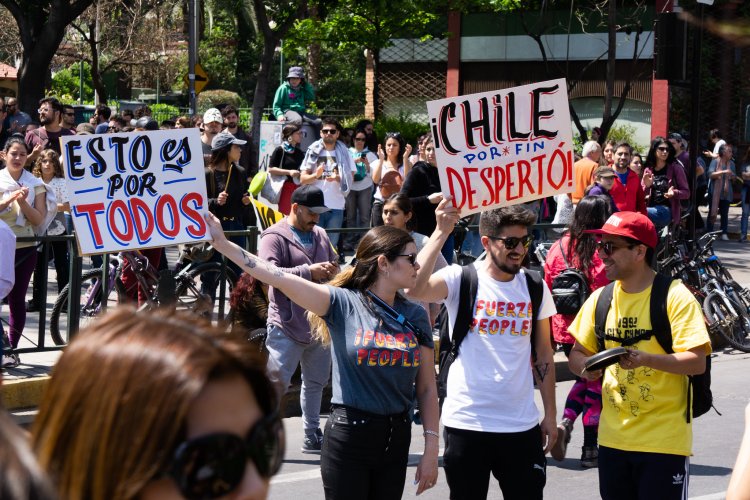 This week, the first draft of Chile’s new Constitution was delivered by the Constitutional Convention after 10 months of turbulent negotiations. The new proposal includes an entire section on social rights to meet the demand of Chileans for more social equality, and seeks to replace the Constitution in force since the dictatorship of Augusto Pinochet.

The draft was the political solution that Chile found to appease the violent protests that erupted in October 2019 in demand for greater social justice in the country. Political parties then agreed to move towards replacing the Pinochet-era constitution, which omits certain rights, such as the right to housing, and focuses on securing the legacy of the military regime. The president of the Constitutional Convention, María Elisa Quinteros, affirmed that the draft of the new Constitution responds to “the desire of millions of citizens, who have placed their dreams and hopes in this process”.

The main characteristic of this process is participation, with citizens being able to endorse articles and debate legislation at assemblies throughout Chile. Among the long list of rights and freedoms the draft enshrines, the new constitution guarantees health, makes higher education free, ensures decent housing, a pension, and gender parity across government, as well as makes the state responsible for preventing, adapting to and mitigating climate change. The new document will also offer constitutional recognition to Chile’s Indigenous population for the first time, and establishes a new order for the political and judicial system, together with a new way of distributing power in regional governments.

The constitution will be put to a referendum on 4 September in which all Chileans aged 18 or older must vote.

The Guardian. (2022, May 16). Chile finalises new draft constitution to replace Pinochet-era document. Retrieved May 17, 2022, from https://www.theguardian.com/world/2022/may/16/chile-constitution-new-draft-pinochet

International Convention for the Protection of All Persons...

After Afghanistan, doubt and fear hang over Iraq

Conserving the Mau Forest: the Ogiek’s fight for their...